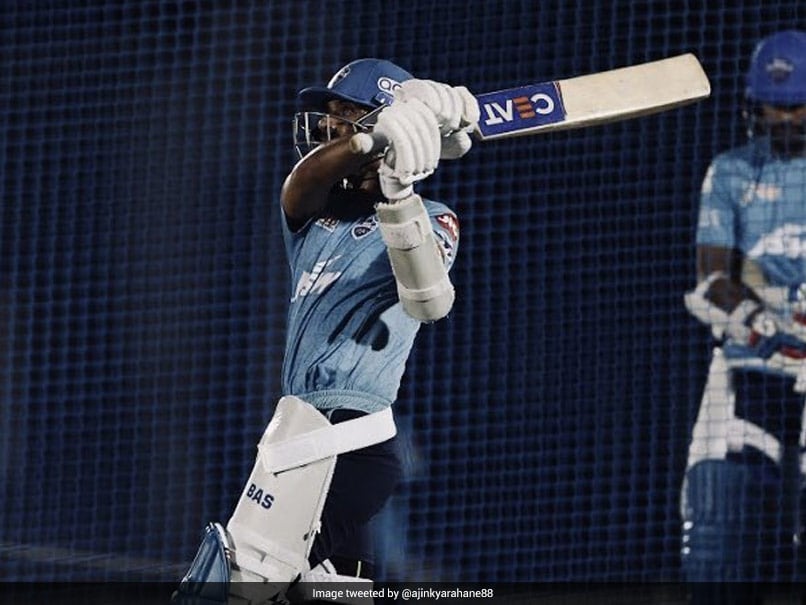 Delhi Capitals coach Ricky Ponting has admitted that right-handed batsman Ajinkya Rahane isn't an automatic selection in the playing XI for the upcoming IPL 2020. The IPL 2020 began on September 19 with Chennai Super Kings and Mumbai Indians locking horns against each other. MS Dhoni-led Chennai managed to win the opening encounter by five wickets. Delhi Capitals will be taking on Kings XI Punjab in their opening match of IPL 2020 later today. The match between both sides will take place at the Dubai International Stadium. While speaking about Rahane on InsideSport's "Amstrad Face 2 Face Cricket Series", Ponting said: "Ajinkya isn't an automatic selection but his preparation has been great. I have worked closely with him to improve his T20 batting but I have already had the conversation with him regarding this and as far as the first match goes he is certainly in the mix of things."

Delhi Capitals has bolstered their line-up this year with the addition of Rahane, Ravichandran Ashwin, Marcus Stoinis, and Shimron Hetmyer. The side is yet to win the IPL trophy but this year the Shreyas Iyer-led franchise would be looking to go all the way.

"We have a very good squad in place and the last season was probably a breakout season for the team with the rebranding and the change of name. The cricket that we played last year was outstanding. The batting side of things especially when it comes to Indian players is much sorted. We have added some players like Shimron Hetmyer, Marcus Stoinis, and Alex Carey as overseas batsmen. Kagiso Rabada and Anrich Nortje are, to be honest, our weapons, and Nortje has been incredibly impressive since he has been here and we have added Ravichandran Ashwin and Ajinkya Rahane two very experienced Indian players. I am really happy with the squad," Ponting said.

"Rishabh Pant knows about his responsibilities but at the same time, he isn't a person you would want to push too hard. I am very hard on him when it comes to the way he goes about his batting and preparations. He is the sort of guy you can't train much he will perform when the situation comes around," he added.Delhi has the likes of Kagiso Rabada, Ishant Sharma, Anrich Nortje, Mohit Sharma in the fast bowling department and the side would be looking to rattle the opposition with pace.

"Anrich Nortje has been one of the most impressive fast bowlers since he has arrived and he can ball a variety of deliveries and with Rabada, Ishant Sharma and Mohit Sharma and there haven't been many through the history then closing out death overs than Mohit Sharma, you can also add Keemo Paul to the mix who did a great job for us last year. Marcus Stoinis has been used by Australia to bowl in the death overs and Ashwin we are pretty much covered. We cannot play all of them in one game so the makeup becomes very important so that we have enough options during the power play, middle and death overs," said Ponting.

Delhi Capitals Ricky Ponting IPL 2020 Cricket
Get the latest updates on SA vs IND 2021-22, check out the Schedule and Live Score . Like us on Facebook or follow us on Twitter for more sports updates. You can also download the NDTV Cricket app for Android or iOS.