Ajinkya Rahane gets ready to bat and Delhi Capitals capture the minute details of his pre-batting routine. 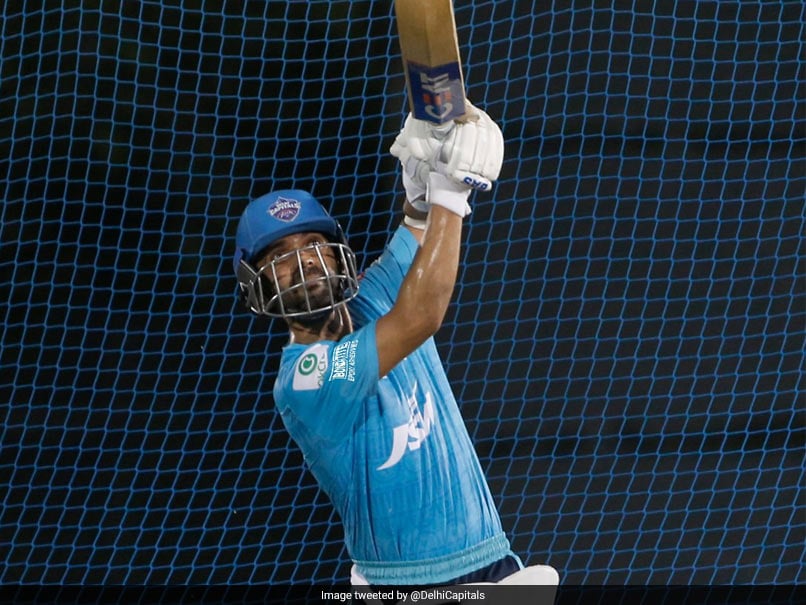 Watching Ajinkya Rahane bat in full flow has been a great sight for his fans. However, there's a method to the batsman's madness – or calmness – at the crease and his Indian Premier League(IPL) team Delhi Capitals gave a peek into Rahane's rituals before a net session in a video posted on social media. A view of Rahane's kit bag shows three pairs of gloves and a bat arranged neatly quite in contrast to Prithvi Shaw's, who has at least five bats stuffed in his bag along with other items and equipment. “Ajjudada is yet to give me a bat” is Shaw's complaint, which Rahane brushes off.

Does Jinks hide bats in his room?
How many bats does @PrithviShaw carry?
A flurry of cuts and pulls

Rahane says he used to be “superstitious” about his routine before padding up to bat, but he gave up on those superstitions “seven-eight years back”.

The Delhi Capitals batsman walks out with two bats and faces fast bowlers first up.

The video gives one a first-hand view of one of the best batsmen of the modern era going about his pre-batting routine.

Rahane puts on his pads, two pairs of gloves, the arm guard and his helmet before walking out to the field.

“Play the shots. And if you want to develop new shots, you can actually try that (after getting into your rhythm),” he adds.

Delhi Capitals bowling coach Ryan Harris is at the nets and asks Rahane about the kind of bowling he'd begin with. They agree on facing the pacers and Rahane takes guard at Net No. 2.

Ajinkya Rahane Prithvi Shaw IPL 2020 Cricket
Get the latest updates on Fifa Worldcup 2022 and check out  Fifa World Cup Schedule, Stats and Live Cricket Score. Like us on Facebook or follow us on Twitter for more sports updates. You can also download the NDTV Cricket app for Android or iOS.