Shikhar Dhawan took the lead to get a "few Punjabi steps" out of a couple of uninitiated teammates. 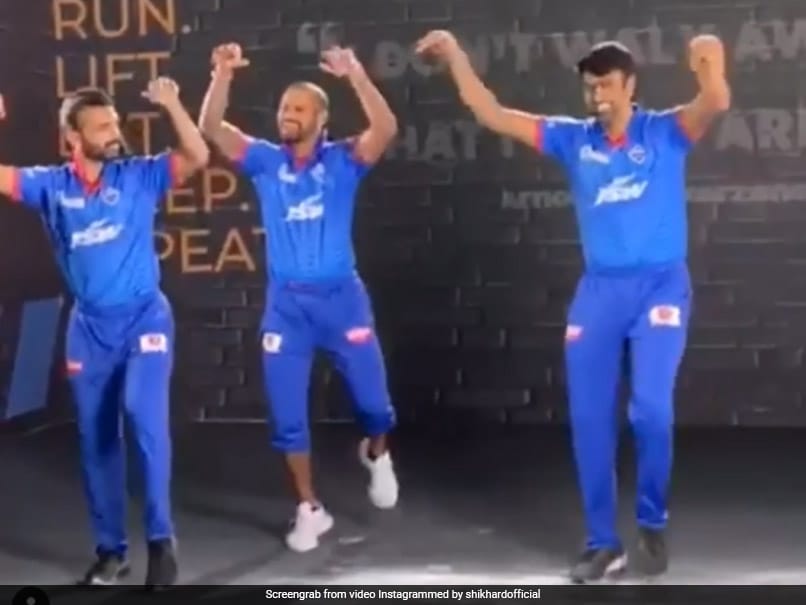 Delhi Capitals opener Shikhar Dhawanon Monday posted a video on his Instagram account teaching his new teammates Ravichandran Ashwinand Ajinkya Rahane "a few Punjabi steps". Sharing the video, Dhawan mentioned how difficult a task it was for him to teach both of them dance steps who are "usually shy" adding that it will "take a while to get them into the rhythm". "Teaching my two teammates a few Punjabi steps but it's going to take a while to get them into rhythm. Lovely to see them dancing since they are usually shy. Always have fun and keep the kid inside of you alive," Dhawan's post read.

While Dhawan is a local Delhi player and his moves looked good on the eyes, the same can't be said about the other two -- Rahane and Ashwin -- who come from Mumbai and Chennai respectively and clearly struggled to replicate the Bhangra steps with same finesse as their instructor.

Dhawan was part of Delhi-based franchise last season as well, while Ashwin and Rahane both joined the side after successful trade-offs from Kings XI Punjab and Rajasthan Royals respectively ahead of annual IPL auction last year.

Ashwin had led Kings XI Punjab in IPL 2019, while Rahane started last season as Rajasthan Royals skipper but was eventually stripped off his role after a series of disappointing performances.

Despite having some senior cricketers in their squad, Delhi Capitalshave shown faith in their 25-year-old skipper Shreyas Iyer, who in fact is the youngest captain among all teams. Under his leadership Delhi had one their best outings in IPL history last season, finishing 3rd in the points table.

However, this year with the arrival of experienced players like Rahane and Ashwin, Delhi Capitals are definitely looking in a better shape and will be interesting to see if they can make it count and break the title jinx, winning their maiden IPL trophy.

Delhi Capitals will face Kings XI Punjab led by KL Rahul in their opening match of IPL 2020on September 20 in Dubai.

Ajinkya Rahane IPL 2020 Cricket
Get the latest updates on IND vs NZ 2021, check out the Schedule and Live Score . Like us on Facebook or follow us on Twitter for more sports updates. You can also download the NDTV Cricket app for Android or iOS.