IPL 2020, KXIP vs DC: When Kings XI Punjab won their last match in the second Super Over, they added history to IPL and a new twist to the tournament this year. 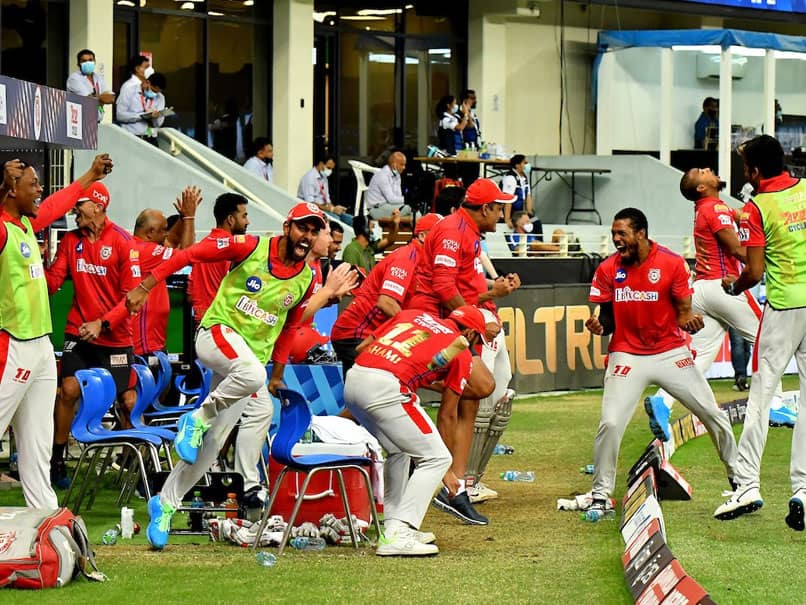 KXIP vs DC: Nothing would have lifted KXIP more than the boost they got against Mumbai Indians.© BCCI/IPL

Kings XI Punjab are now officially the most exciting team in IPL 2020. Not because they are winning everything in sight. In fact, far from it. But how they win is fast becoming folklore. It was amazing to see how their match with Mumbai Indians was a battle that went into the second Super Over before the Punjab outfit finally sealed off the win they should have had in the normal 20 overs. That win also did a great favour to their next rivals Delhi Capitals, who now stay atop the IPL 2020 Points Table. DC were not clinical either in their win over Chennai Super Kings, but two points were in the bag eventually. Now they need to avoid another slip-up against KXIP.

While enough has been said about the Punjab win over Mumbai Indians, the fact remains that they should have sealed it off in the regular 20 overs and it was only a fine first Super Over from Mohammad Shami that kept them in the match after they made a hash of their batting effort.

That, and an exceptional piece of fielding by Mayan Agarwal in the second Super Over.

These tie-breaking overs and KXIP seem to be having quite the love-hate relationship. They had, coincidentally, lost to Delhi Capitals in their previous match, also via a Super Over, in a match that had led to a lot of questions about the umpiring.

Equally coincidentally, one of those umpires was standing on Sunday night also, when KXIP won through two sets of Super Overs.

In terms of individual players, KL Rahul standing head and shoulders above the rest, scoring in every match, and keeping his team in the fray even when the odds were overwhelming. Then came the Universe Boss and his heroics, and odds and started from assorted other players have kept them in the fray, at least theoretically.

Delhi Capitals are having a fine run, with Shikhar Dhawan's century and Axar Patel's last-over heroics ensuring that they beat CSK, after at one stage looking like going off the rails.

The bowling has been largely very good, with Kagiso Rabada getting wickets in every match with Anrich Nortje and Tushar Deshpande adding vital teeth to the seam bowling department.

DC look to be in fine nick, but nothing would have lifted KXIP more than the boost they got against Mumbai Indians. That could be game-changing for them. Only time will tell.

KL Rahul Shreyas Iyer IPL 2020 Kings XI Punjab vs Delhi Capitals, Match 38 Cricket
Get the latest updates on India vs England Series, India vs England , live score and IPL 2021 Auction . Like us on Facebook or follow us on Twitter for more sports updates. You can also download the NDTV Cricket app for Android or iOS.