MI vs KXIP: Preity Zinta lived each ball of the two Super Overs as Kings XI Punjab somehow conjured up a win over Mumbai Indians. 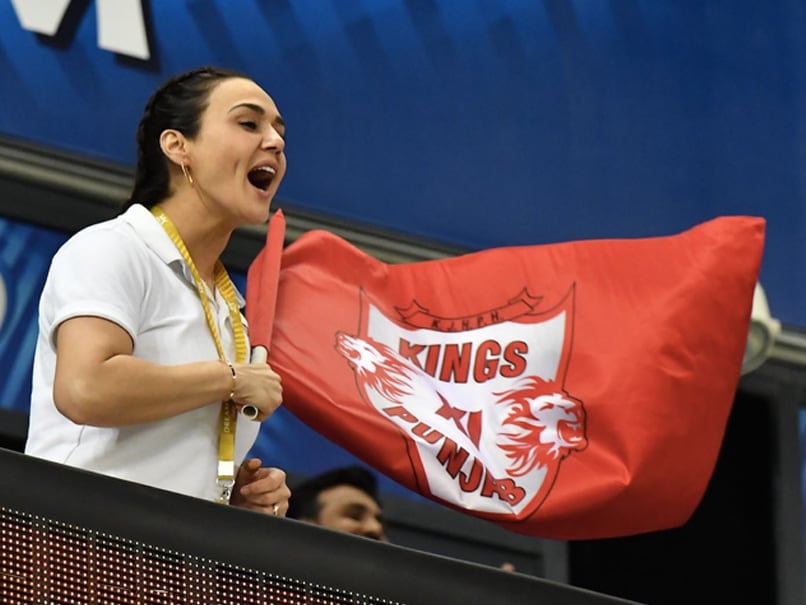 Preity Zinta expressed her delight and praised her players for a "supreme team effort".© BCCI/IPL

Kings XI Punjab are finally off the bottom of the IPL Points Table, thanks to a nervy double Super Over win over defending champions Mumbai Indians. This was only the third win for the Punjab outfit this season, and once again they were taken right to the brink. For a change, though, they came out on top and leapfrogged Rajasthan Royals (RR) and Chennai Super Kings (CSK) into sixth place. KXIP now have the same number of points as fifth-placed SunRisers Hyderabad but need some catching to do to reach fourth-placed Kolkata Knight Riders (KRR), who have 10 points. KXIP co-owner Preity Zinta was over the moon following the win and took to Twitter to express her delight and the many emotions she went through during and after the match.

"Actions speak louder than words as words fail me completely. Two super overs ? OMG ! I'm still shaking. So proud of the #Kxip boys. What a game, what a night, what a feeling Thank you @lionsdenkxip for this supreme team effort Team work at its best," the actor tweeted.

Actions speak louder than words as words fail me completely. Two super overs ? OMG ! I'm still shaking. So proud of the #Kxip boys. What a game, what a night, what a feeling Thank you @lionsdenkxip for this supreme team effort Team work at its best. #MIvsKXIP #Dream11IPL https://t.co/xvdEMmdDjF

Winning the toss and electing to bat, Mumbai Indians posted 176 for six in 20 overs, thanks to a gritty half-century from Quinton de Kock and Kieron Pollard blitz at the end.

The South African wicketkeeper scored a patient 53 off 43 balls, while the West Indian all-rounder smashed 34 off just 12 balls to add the final flourish.

In reply, KL Rahul did the bulk of the scoring again for his team, with a 51-ball 77, but it still wasn't enough to get his team over the line as the match was tied.

In the first Super Over, both Jasprit Bumrah and Mohammed Shami showcased some exceptional death bowling skills with the teams scoring just five runs as the match went into a second Super Over.

Set a target of 12 to win, KXIP's Mayank Agarwal and Chris Gayle got the job done with two balls to spare.

Kieron Pollard IPL 2020 Mumbai Indians vs Kings XI Punjab, Match 36 Cricket
Get the latest updates on Fifa Worldcup 2022 and check out  Fifa World Cup Schedule, Stats and Live Cricket Score. Like us on Facebook or follow us on Twitter for more sports updates. You can also download the NDTV Cricket app for Android or iOS.