IPL 2020, KKR vs RCB, Kolkata Knight Riders vs Royal Challengers Bangalore: Players To Watch Out For

IPL 2020, KKR vs RCB: Both Kolkata Knight Riders and Royal Challengers Bangalore will be eyeing for two points when they face each other at the Sheikh Zayed Stadium, in Abu Dhabi. 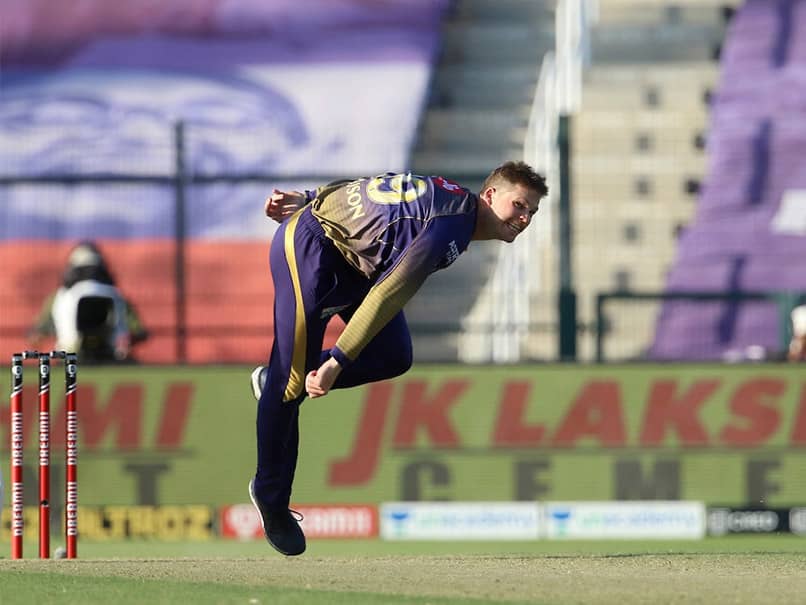 IPL 2020, KKR vs RCB: Lockie Ferguson will be aiming to continue with his fine form© BCCI/IPL

Kolkata Knight Riders (KKR) face Royal Challengers Bangalore (RCB) in Match 39 of the ongoing Indian Premier League (IPL) 2020, at the Sheikh Zayed Stadium, in Abu Dhabi. Both the teams met earlier in Match 28, with RCB winning by 82 runs. AB de Villiers scored a fantastic unbeaten knock of 73 runs, meanwhile, Chris Morris grabbed two wickets. KKR are currently fourth in the league table, with RCB in third position. It will be interesting to see how KKR performs under Eoin Morgan this season, with Dinesh Karthik having stepped down. Also, the hot form of De Villiers could be a big problem for Knight Riders.

Shubman Gill: Shubman Gill was his side's highest run-scorer in their recent Super Over win over SunRisers Hyderabad (SRH). The 21-year-old opened the batting for KKR, scoring 36 runs in 37 deliveries, packed with five fours. In the ongoing season, he has scored 311 runs from nine fixtures, with a 113.91 strike rate.

Andre Russell: Andre Russell hasn't been able to justify his tag as a T20 specialist in the ongoing IPL 2020 season. He has been poor for KKR, but that doesn't count him out yet due to match-winning skills. The West Indies' cricketer has scored 92 runs only from nine matches, at a strike rate of 131.42. He has also grabbed six wickets in nine games at an economy of 9.72.

Lockie Ferguson: The pacer played his first match of IPL 2020 in his team's previous fixture vs SunRisers Hyderabad (SRH). KKR registered a Super Over win, with Lockie Ferguson grabbing three wickets. Two of those wickets came in the Super Over, where he dismissed David Warner and Abdul Samad.

Virat Kohli: After a patchy start to the ongoing season, Virat Kohli has found his feet in United Arab Emirates (UAE). He has scored 347 runs from nine games with an unbeaten 90-run knock as his top score. He has a strike rate of 127.57. He has also slammed 18 fours and nine sixes.

AB de Villiers: In RCB's recent win over Rajasthan Royals (RR), AB de Villiers came to his side's rescue with a T20 special knock. He scored 55 runs from 22 deliveries, remaining unbeaten. It was a power-packed innings, consisting of a four and six sixes. RCB won with two balls remaining in their chase. The wicketkeeper-batsman has already been a match-winner for his team on multiple occasions, and will be a potent weapon once again.

Chris Morris: The South African bowler has played only in four matches, and has already registered nine dismissals, at an economy of 5.25. In his team's recent win vs RR, he grabbed four wickets in four overs and conceded only 26 runs.

Chris Morris IPL 2020 Cricket Kolkata Knight Riders vs Royal Challengers Bangalore, Match 39
Get the latest updates on India vs Australia Series, check out the India vs Australia Schedule for 2020-21 and Ind vs Aus live score . Like us on Facebook or follow us on Twitter for more sports updates. You can also download the NDTV Cricket app for Android or iOS.