IPL 2020, Eliminator, SRH vs RCB: Virat Kohli will once again battle it out with David Warner as Royal Challengers Bangalore face SunRisers Hyderabad to enter the IPL 2020 title round. 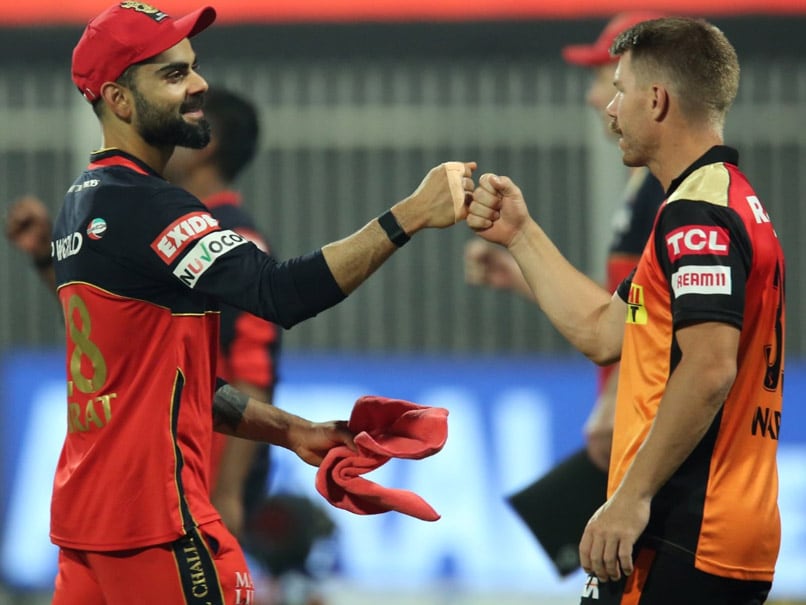 IPL 2020, Eliminator, SRH vs RCB: Virat Kohli and David Warner will have to come good with the bat.© BCCI/IPL

For Virat Kohli and David Warner, it is now down to this one - a winner-take-all contest between Royal Challengers Bangalore and SunRisers Hyderabad at the Sheikh Zayed Stadium in Abu Dhabi on Friday, where the winners will progress to the IPL 2020 Qualifier 2, while the losers pack their bags and return home, pondering on what could have been. Virat Kohli, who is celebrating his 32nd birthday on Thursday, will be desperate to get another chance at claiming the elusive IPL trophy, while Warner, with his side in resurgence, would be equally keen to continue the winning streak, not just here but for another two games.

That in itself is the biggest teaser for SRH. Not one team in the IPL, including table-toppers Mumbai Indians, have ever been able to string together so many wins. The team that has best winning streak in IPL 2020 would be Kings XI Punjab, with five straight wins, and they are not even in the playoffs!

SRH have won three matches on the trot, so the law of averages, which has come down cruelly on most sides, is most definitely against them.

By that logic, RCB should be happy - they haven't won anything in the last week, and beyond, of the league stages.

The Bengaluru side have lost four straight matches and find themselves in the playoffs thanks to some ordinary performances from the other hopefuls, not least Kolkata Knight Riders, and some mathematics to make it through.

But then, the same law of averages is in their favour.

If one were to look at the two sides tactically, SRH are probably a shade better. Both captains like to lead from the front and both have found some critical contributors up top - Devdatt Padikkal for RCB has be quite a constant, while Wriddhiman Saha has become the new-found top gun for SRH.

It's the second opener's spot where the difference is. Josh Philippe has become RCB's choice, but SRH have Warner, who has begun to look ominous.

Kohli also seems to be coming in too early for RCB, which isn't a good sign. However, this is the time when the skipper needs to deliver.

If the batting goes deeper, RCB have AB de Villiers, but SRH seem have more names, in Manish Pandey, Kane Williamson and Jason Holder. That could be a critical difference.

The bowling is almost identical. Chris Morris is to RCB what Holder has become for SRH, while in the spin department, Rashid Khan will be hot under collar after the mistreatment against MI, while Yuzvendra Chahal is always in the game.

The rest - Sandeep Sharma and T. Natarajan for SRH and Mohammad Siraj and Isuru Udana for RCB, could be mirror images. Whichever of these two duos comes good could be the difference.

Yuzvendra Chahal
Get the latest updates on IPL Auction 2023 and check out  IPL 2023 and Live Cricket Score. Like us on Facebook or follow us on Twitter for more sports updates. You can also download the NDTV Cricket app for Android or iOS.