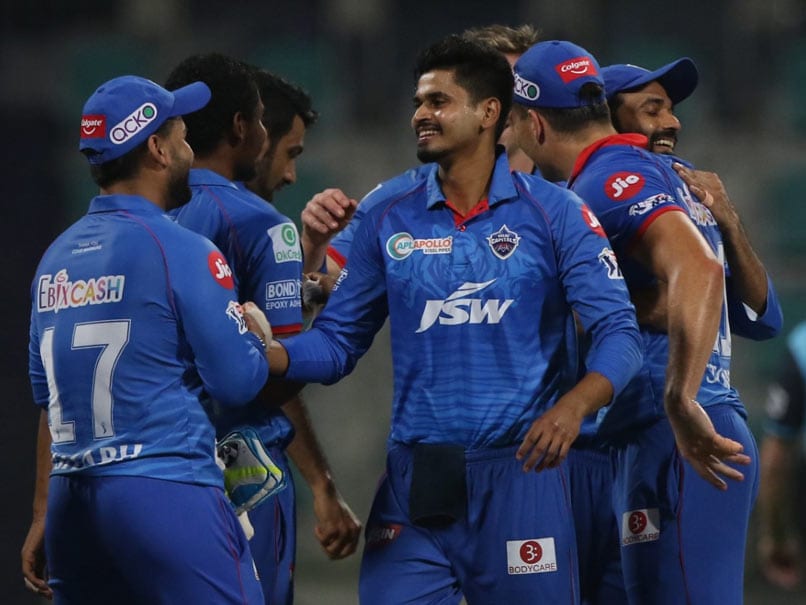 IPL 2020: All-round Delhi Capitals were too good for SunRisers Hyderabad on Sunday.© BCCI/IPL

An all-round show by Marcus Stoinisand a ruthless three-wicket 19th over by Kagiso Rabada proved out to be the key performances in an emphatic 17-run victory for Delhi Capitals over SunRisers Hyderabad in Qualifier 2 of Indian Premier League 2020, as Delhi made the IPL final for the first time in history. Stoinis' quick 38 off 27 after being promoted to open the batting and key wickets of Kane Williamson (67), Manish Pandey (21) and Priyam Garg (17) in Delhi's defence of 189 runs were complemented by Kagiso Rabada running through the SRH lower middle order in the penultimate over as SRH were restricted to 172 for 8.

In a game that see-sawed right through the 40 overs, SRH found themselves in trouble early in their chase of 190 runs when captain David Warner (2) was bowled by Rabada in the second over.

Garg and Pandey counter-attacked in the first six overs but Stoinis dismissed both of them in one over - the fifth of the inning - to bring Delhi back into the match.

Things looked tricky for SRH at 44 for 3 after five overs but Williamson and Jason Holder (11), the heroes of SRH's win over Royal Challengers Bangalore in the Eliminator, stuck together to add 46 in 6.4 overs to keep their team in the hunt.

Holder holed out to Praveen Dubey off Axar Patel but Abdul Samad blitzed to 33 off 16 with 2 fours and 2 sixes even as Williamson fell to Stoinis, caught by Rabada in the deep, leaving SRH to get 42 off the last three overs.

Rashid Khan hit R Ashwin for a four and a six in the 18th before Samad smashed Rabada for another six on the first ball of the 19th over to bring the equation down to 23 off 10.

However, that was the end of the fireworks for SRH as Rabada roared back to dismiss Samad and Rashid off consecutive deliveries before grabbing Shreevats Goswami on the fifth ball of the over to all but kill the chase.

Earlier, Stoinis made merry after Holder dropped him off Sandeep Sharma on 3 by hitting Sandeep for two fours right after getting dropped in the third over before making Holder pay off his bowling, hitting the West Indies bowler for 18 runs in an over – the fourth of the match.

However, the star with the bat for Delhi was the hometown boy Shikhar Dhawan, who got back some form when his team needed the most, hitting 78 runs off 50 balls with 6 fours and 2 sixes.

Shimron Hetmyer, brought into the XI for this match, finished the innings off with 42 not out off just 22 balls with 4 fours and a six as Delhi got 189 for 3.

Sandeep, Holder and Rashid got a wicket each for SRH while Rabada was the pick of the Delhi bowlers with figures of 4 for 29 from four overs.

Man of the Match Marcus Stoinis got 3 for 26 off three overs while Axar Patel for 1 for 33 off his four overs.

Delhi will now play Mumbai Indians, a team they lost to in Qualifier 1, in the final at Dubai on November 10.

Manish Pandey Rashid Khan Abdul Samad IPL 2020 Delhi Capitals vs Sunrisers Hyderabad, Qualifier 2 Cricket
Get the latest updates on Fifa Worldcup 2022 and check out  Fifa World Cup Schedule, Stats and Live Cricket Score. Like us on Facebook or follow us on Twitter for more sports updates. You can also download the NDTV Cricket app for Android or iOS.