IPL 2020 DC vs SRH Highlights: Delhi Capitals have reached their maiden IPL final after defeating SunRisers Hyderabad by a margin of 17 runs in Qualifier 2. 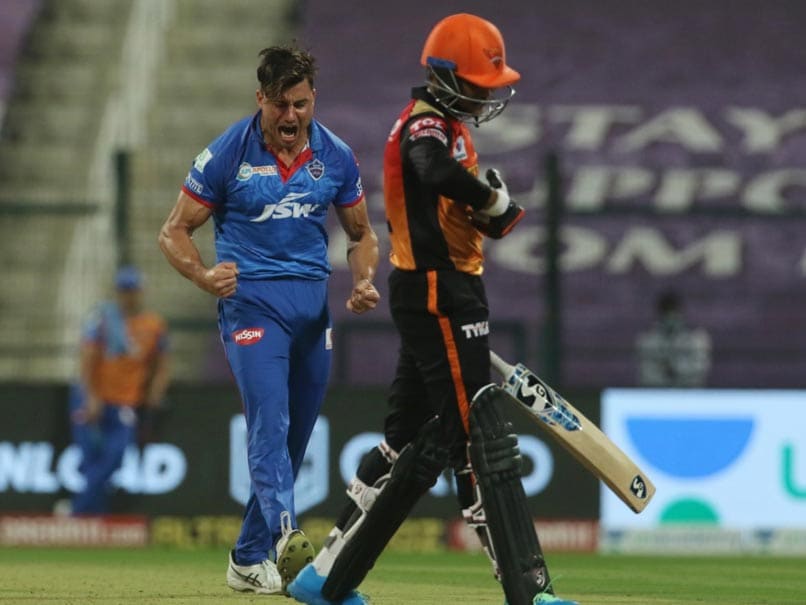 IPL 2020, DC vs SRH: Marcus Stoinis impressed with the bat, before making an impact with the ball.© BCCI/IPL

Delhi Capitals (DC) defeated SunRisers Hyderabad (SRH) by a margin of 17 runs in the Qualifier 2 of IPL 2020 at the Sheikh Zayed Stadium in Abu Dhabi. The Delhi-based franchise posted a total of 189 runs for the loss of three wickets, after skipper Shreyas Iyer won the toss and opted to bat. Shikhar Dhawan was the highest run-scorer, smashing 78 runs off 50 deliveries in an innings comprising of six boundaries and two sixes. Dhawan received support from all-rounder Marcus Stoinis who scored a 27-ball 38, at the top of the order to ensure a strong start. Shimron Hetmyer delivered a fine finish in the death overs, with a 22-ball 42. Sandeep Sharma, Jason Holder and Rashid Khan accounted for a dismissal apiece. The chase began on a strong note, with Priyam Garg smashing Ravichandran Ashwin for a six off the third delivery of the innings. However, cheap dismissals for David Warner, Manish Pandey followed by the departure of Garg himself threw the innings into a state of chaos. Kane Williamson stepped up at this stage, stitching partnerships alongside Jason Holder and Abdul Samad. However, Williamson's dismissal following a fine half-century helped DC make a comeback, which they took full advantage of in an admirable manner by picking regular wickets. (SCORECARD)

Kagiso Rabada Rashid Khan Live Score Live Cricket Score Live Blogs Cricket
Get the latest updates on SA vs IND 2021-22, check out the Schedule and Live Score . Like us on Facebook or follow us on Twitter for more sports updates. You can also download the NDTV Cricket app for Android or iOS.