IPL 2020: Shreyas Iyer is a man of many tricks, and pulling off impressions seems to be on the list of his talents. 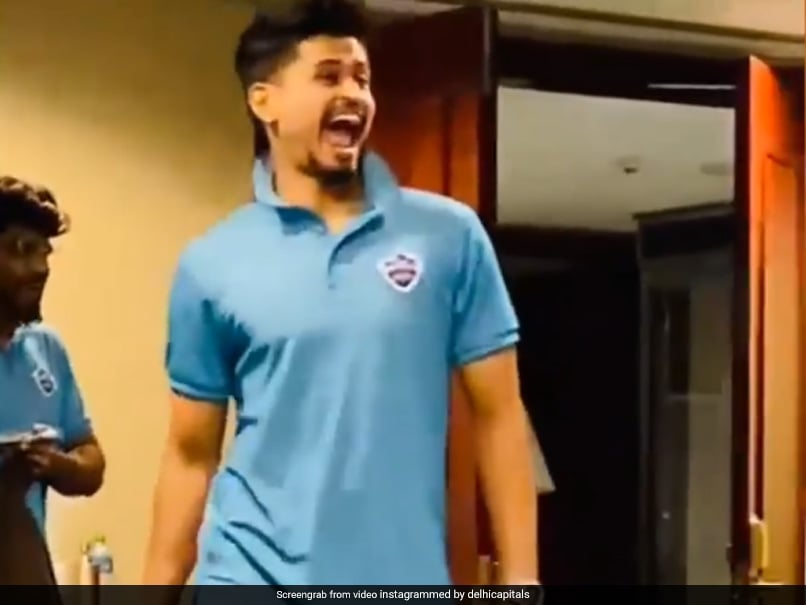 IPL 2020: Shreyas Iyer had his Delhi Capitals teammates in splits with his impersonation.© Instagram

Delhi Capitals are up against SunRisers Hyderabad in Qualifier 2 of Indian Premier League (IPL) 2020 on Sunday. But ahead of the tense clash, with DC eyeing their maiden final appearance, the team seemed to be in a jovial mood. DC took to Instagram to share a video of Shreyas Iyer walking into a team meeting, while doing an impression of team-mate Marcus Stoinis. "Here comes Marcus Stoinis," DC coach Ricky Ponting is heard saying as Iyer walks into the room.

The team is left in splits as Iyer walks across, acting like the Australian all-rounder. Stonis himself is seen barely being able to control his laughter.

"Nothing to see here, just #SkipperShreyas impersonating @marcusstoinis," DC wrote in the post.

DC were beaten by Mumbai Indians in Qualifier 1, but have a second shot. They face a tough challenge against SunRisers Hyderabad, who entered Qualifier 2 by beating Royal Challengers Bangalore in the Eliminator.

In the first qualifier, Mumbai Indians convincingly beat them by 57 runs to enter the final.

Against SunRisers Hyderabad, Delhi Capitals don't enjoy the best head-to-head record. Both the times the two sides met this season, SRH ended up on top.

They will face off at the Sheikh Zayed Stadium in Abu Dhabi.