IPL 2020, KXIP vs DC: KL Rahul was happy that Glenn Maxwell got plenty of time to bat against Delhi Capitals at the Dubai International Stadium, in Dubai. 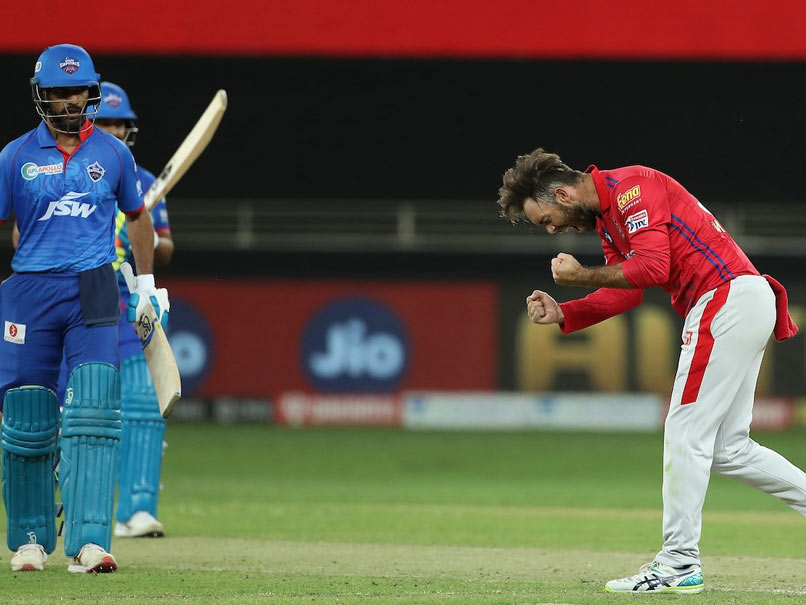 IPL 2020, KXIP vs DC: Glenn Maxwell put in a good display with both bat and ball© BCCI/IPL

"Glenn is a great team man. He has been batting well in the nets. It was important to back him. It was good to see him get time in the middle. Hopefully he carries this good work into the coming games," said the wicketkeeper-batsman.

Praising his side's ability to wrap up the match in the 19th over, Rahul joked, "My heart keeps reaching new limits every game but yeah it is nice to finish it in the 19th over for once".

KXIP have been having close matches in this season. While they won their last match against Mumbai Indians after two Super Overs, they had to wait till the final delivery for the win against Royal Challengers Bangalore.

They have also been the losing side in some hard-fought matches. Punjab's bowling unit performed admirably against a power-packed Delhi batting order, with Mohammed Shami grabbing two wickets. "Shami obviously is coming in with confidence from the last game. He is our senior bowler, and an international, and he is getting better and better every game," said Rahul.

Losing skipper Shreyas Iyer took plenty of positives from the match. "I am really glad this happened because the boys will be really motivated in the next game. The fielding wasn't up to the mark. So we will learn from this and come back", he said.

DC fell to only their third defeat of the season in 10 matches, while KXIP grabbed their fourth win. After the win, Punjab are fifth in the table with eight points. Meanwhile, Delhi are on top with 14 points.

Glenn Maxwell Shreyas Iyer IPL 2020 Kings XI Punjab vs Delhi Capitals, Match 38 Cricket
Get the latest updates on IPL 2021, check out the IPL 2021 Schedule and Indian Premier League Live Score . Like us on Facebook or follow us on Twitter for more sports updates. You can also download the NDTV Cricket app for Android or iOS.