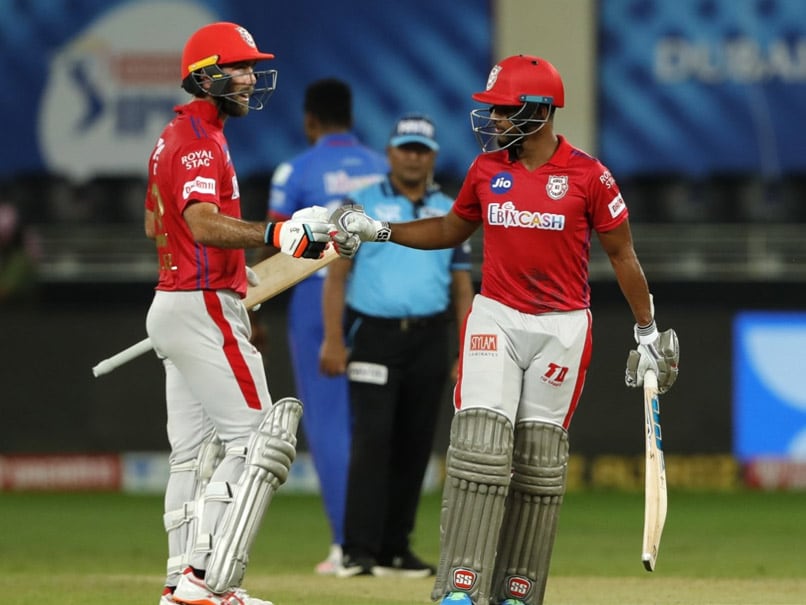 Kings XI Punjab went from strength to strength in Indian Premier League (IPL) 2020 by registering their third consecutive victory as they beat table toppers Delhi Capitals by five wickets with an over to spare. Chasing 165 for victory on a Dubai wicket that assisted batsmen for a change, KXIP were helped along by Nicholas Pooran's whirlwind 53 off 28 and Chris Gayle scoring 25 runs in one over, knocks that overshadowed Shikhar Dhawan's second consecutive hundred this season. Dhawan finished unbeaten on 106, becoming the first batsman to hit back-to-back hundreds in a single IPL season, but he found little support at the other end as Delhi finished with an under-par total.

In reply Gayle (29 off 13) tore into rookie Tushar Deshpande, hitting the fast bowler for 4, 4, 6, 4, and 6 in one over, before Ravichandran Ashwin got the better of Gayle by bowling the left-hander through the gate.

The Gayle show came after KXIP had lost the Orange Cap holder and skipper KL Rahul (15) in the third over.

Ashwin's dismissal of Gayle brought another in the over – the sixth of the innings – as a mix-up between Pooran and Mayank Agarwal (5) resulted in the latter falling well short of his crease at the striker's end.

However, Pooran made up for that run out by hammering the Delhi bowlers to all parts and bringing up his second IPL half-century off just 27 balls with six fours and three sixes.

He added 69 runs with Glenn Maxwell (32) for the fourth wicket in just 6.4 overs to put KXIP in the driver's seat.

Although Pooran and Maxwell were dismissed in the second half of the innings, KXIP had the batting depth to ensure they eased to victory and climbed to fifth in the points table with 8 points from 10 matches.

Earlier, Delhi captain Shreyas Iyer won the toss and opted to bat. Prithvi Shaw (7) went early but Dhawan carried on from where he had left the match against Chennai Super Kings – he finished 101 not out against CSK.

Dhawan brought up his half-century – his fourth successive fifty-plus score in IPL 2020 – in just 28 balls and even though Iyer (14) and the returning Rishabh Pant (14) didn't hold fort for long, the Delhi batsman remained unbeaten through the innings for a second straight match.

Mohammed Shami was the most economical bowler for KXIP with figures of 2 for 28 from four overs. Maxwell, Jimmy Neesham and Murugan Ashwin got a wicket each.

Axar Patel IPL 2020 Kings XI Punjab vs Delhi Capitals, Match 38 Cricket
Get the latest updates on IPL 2021, check out the IPL 2021 Schedule and Indian Premier League Live Score . Like us on Facebook or follow us on Twitter for more sports updates. You can also download the NDTV Cricket app for Android or iOS.