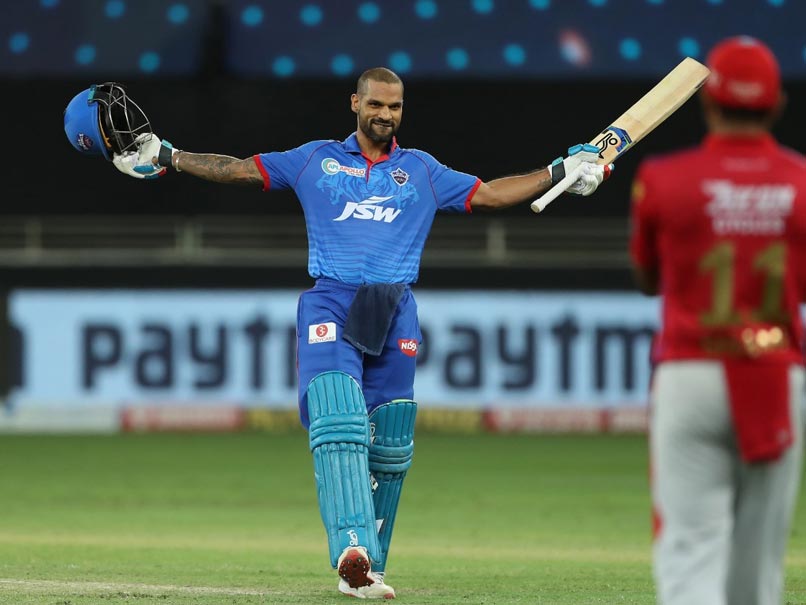 Shikhar Dhawan became the first batsman to score hundreds in consecutive matches in Indian Premier League (IPL) when he scored his second straight hundred during Delhi Capitals' match against Kings XI Punjab in Dubai on Tuesday. In Delhi's last match, against Chennai Super Kings, Dhawan finished unbeaten on 101 as Delhi defeated CSK by five wickets. In this match, he got to the milestone off just 57 balls with 12 fours and three sixes after opening the innings for Delhi.

En route to this unprecedented feat, Dhawan also became the fifth batsman to cross 5000 IPL runs. He is the fourth Indian to do this landmark after Virat Kohli, Suresh Raina, and Rohit Sharma.

David Warner is the only overseas player with more than 5000 IPL runs.

Dhawan tore into the KXIP bowling attack from the word go, getting to his half-century off just 28 balls.

This knock is the fourth successive fifty-plus score for the left-hander. He returned 101, 57 and 69 not out in his last three innings.

Dhawan remained unbeaten on 106 against KXIP and helped Delhi post 164 on the board.

Dhawan is only the third batsman to score a hundred in IPL 2020, incidentally against the team that has the other two centurions – KL Rahul and Mayank Agarwal.

The Delhi batsman sits second on the top scorers list with 465 runs and he separates Rahul at the top  and Mayank at No. 3.

Shikhar Dhawan IPL 2020 Kings XI Punjab vs Delhi Capitals, Match 38 Cricket
Get the latest updates on Fifa Worldcup 2022 and check out  Fifa World Cup Schedule, Stats and Live Cricket Score. Like us on Facebook or follow us on Twitter for more sports updates. You can also download the NDTV Cricket app for Android or iOS.