IPL 2020, DC vs RR: Delhi Capitals beat Rajasthan Royals by 13 runs in Dubai on Wednesday and went to the top of the table. 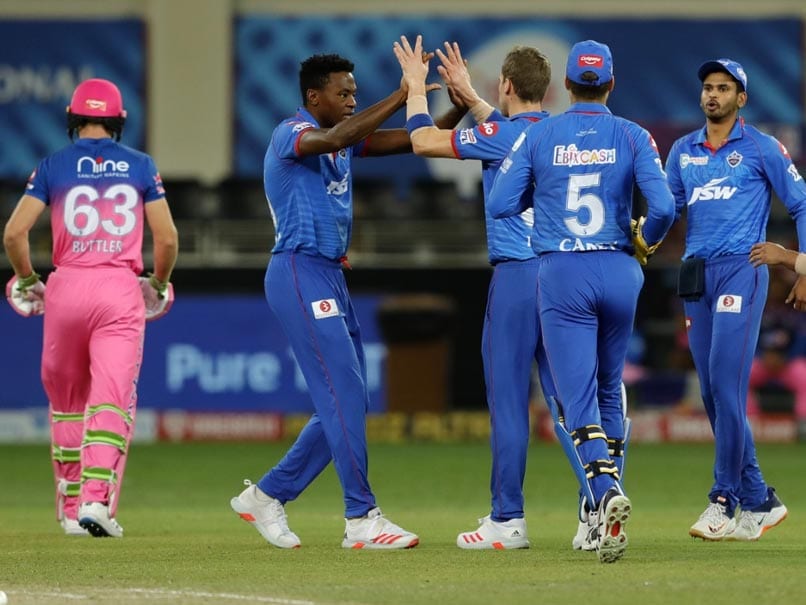 After Riyan Parag and Rahul Tewatia's heroics and celebratory 'Bihu' moves from Sunday through Wednesday evening in Dubai, Rajasthan Royals capitulated spectacularly from a position of strength against Delhi Capitals, who registered their sixth win of Indian Premier League (IPL) 2020 to go to the top of the table with 12 points. Chasing 162, Rajasthan were 86/3 in the 11th over when Ben Stokes (41 off 35) was dismissed. They lost five for 52 inside the next nine overs and were restricted to 148/8. With this 13-run victory, Delhi returned to winning ways after a humbling in their last outing against Mumbai Indians.

Jos Buttler (22 off nine balls) and Sanju Samson (25 off 18) did the foundation work for Rajasthan even as Stokes tried to play the anchor, but Stokes and Samson's dismissals in the space of 1.2 overs from one another initiated a slide that the 2008 champions could not arrest.

Steven Smith (1) went early but Samson and Stokes added 46 for the third wicket to put Rajasthan in command of the match.

However, after they were dismissed, Robin Uthappa (32 off 27) was the only batsman who could occupy the crease for some time as Parag (1) was run out in unfortunate circumstances - Uthappa called Parag for a run before changing his mind - and Tewatia (14 not out from 18) left too much for the end.

With 22 needed off the last over, Delhi took a punt on debutant Tushar Deshpande and the fast bowler responded by giving away just eight in addition to picking up a wicket.

But the killer blow was delivered in the penultimate over, with 25 needed off 12, when Kagiso Rabada dismissed the big-hitting Jofra Archer (1) to leave Tewatia with too much to do in the last six balls.

Earlier, Delhi Capitals won the toss and opted to bat. They were in for a rude awakening on the first ball of the match when Archer cleaned up Prithvi Shaw (0) with a delivery that rattled the middle stump.

Ajinkya Rahane came in at No. 3 but he perished soon in an attempt to take on Archer, who bowled with searing pace and pinpoint accuracy in the Powerplay.

Shikhar Dhawan (57) and Shreyas Iyer (53) shared an 85-run stand for the third wicket to revive Delhi from the early blows and Marcus Stoinis (18) and Alex Carey (14) hit a few towards the end to pull their team through to a par score.

Anrich Nortje and Deshpande returned two wickets each for Delhi while Rabada, Ravichandran Ashwin and Axar Patel got a wicket apiece.

For Rajasthan, Archer had miserly figures of 3 for 19 off four overs while Jaydev Unadkat got two wickets.

Jofra Archer IPL 2020 Delhi Capitals vs Rajasthan Royals, Match 30 Cricket
Get the latest updates on IPL Auction 2023 and check out  IPL 2023 and Live Cricket Score. Like us on Facebook or follow us on Twitter for more sports updates. You can also download the NDTV Cricket app for Android or iOS.