Virat Kohli scored 100 off 58 deliveries against Kolkata Knight Riders at the Eden Gardens on Friday. 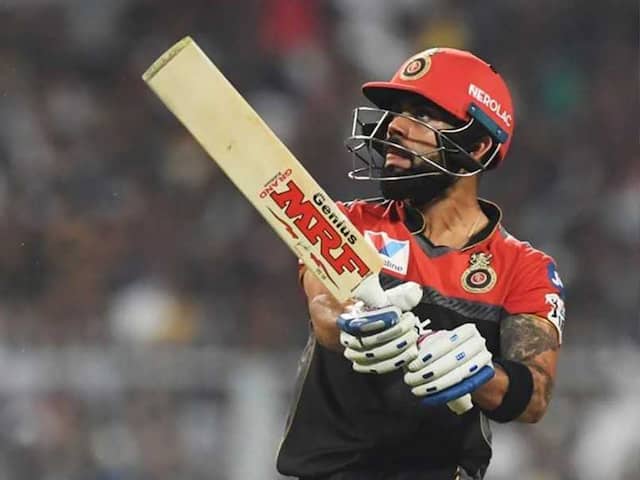 Virat Kohli played like a man on mission in Kolkata.© BCCI/IPL

Virat Kohli played like a man on mission as he brought up his fifth century in the Indian Premier League (IPL) during Royal Challengers Bangalore's match against Kolkata Knight Riders at the Eden Gardens on Friday. With his knock of 100 off 58 deliveries, Kohli claimed the second spot on the list of century makers in the tournament. Kings XI Punjab's Chris Gayle tops the list with six hundreds. Australians David Warner and Shane Watson have four hundreds each.

The Indian skipper paced his innings brilliantly and got out on the last ball of the innings.

It was Moeen Ali who gave the much needed oxygen to their innings, smashing six sixes and five fours to seize momentum after a slow start.

The match swung in the 16th over when Kuldeep Yadav bled 27 runs with Ali going berserk, smashing the star India spinner for three sixes and two boundaries. The chinaman ended with figures of 1/59 in four overs.

Put in to bat, RCB got off to an ordinary start and the absence of AB de Villiers, who was indisposed following dehydration, was felt very much.

Kohli mistimed the ball with a couple of inside-edges to the boundary, while his left-handed opening parter Parthiv Patel (11 off 11) had a hit-and-miss stay before falling to Sunil Narine inside the powerplay.

In the middle of all this, RCB sent in Akshdeep Nath (13 off 15) at number three keeping the in-form Ali in waiting. RCB made only 42 inside the powerplay.

Virat Kohli IPL 2019 Cricket Kolkata Knight Riders vs Royal Challengers Bangalore, Match 35
Get the latest Cricket news, check out the India cricket schedule, Cricket live score . Like us on Facebook or follow us on Twitter for more sports updates. You can also download the NDTV Cricket app for Android or iOS.