Virat Kohli's Royal Challengers Bangalore were knocked out of IPL 2019 after rain washed off their match vs Rajasthan Royals on Tuesday. 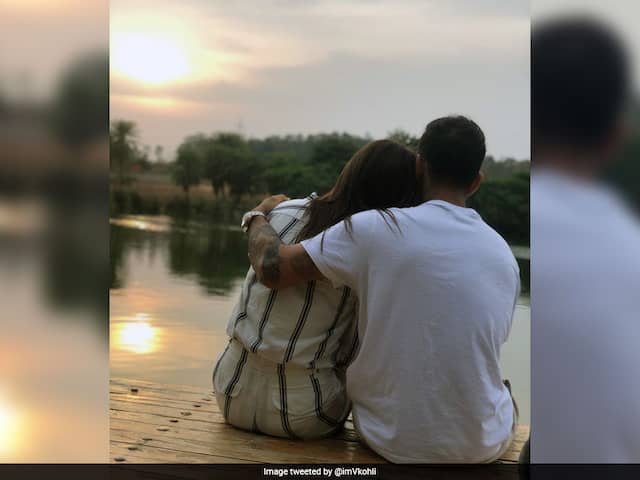 Virat Kohli and wife Anushka Sharma can be seen spending some quality time with each other in an Instagram video posted by Kohli on Wednesday. The day being the Bollywood actress's birthday, the Royal Challengers Bangalore captain took time off from his cricket commitments to be with Anushka. RCB did not have any matches scheduled on Wednesday, and it had been reported earlier that the couple planned to spend the entire day together. In the video, Kohli and Anushka are seen sitting on a pier overlooking a lake and watching the sunset. A song by Bob Marley, ‘Is This Love', is heard playing in the background, summing up the vibe of the moment.

With RCB's chances of qualifying for the IPL playoffs being rendered non-existent after rains washed out Tuesday's match against Rajasthan Royals, there have been some suggestions – including from former cricketer Rohan Gavaskar – that Kohli rest himself for RCB's only remaining match – against SunRisers Hyderabad later this week.

Both Kohli and Anushka are at the pinnacle of their careers and leave no stone unturned to praise each other for their professional achievements.

The next assignment for Team India is the World Cup, which will be played in England and Wales from May 30 onwards. An official policy finalized by the BCCI says that wives and girlfriends of the players can join them only after the first 20 days of the showpiece tournament.