Shaun Pollock said the match could have started earlier if more "adaptable" rules had allowed bowlers to all use the same end of the pitch. 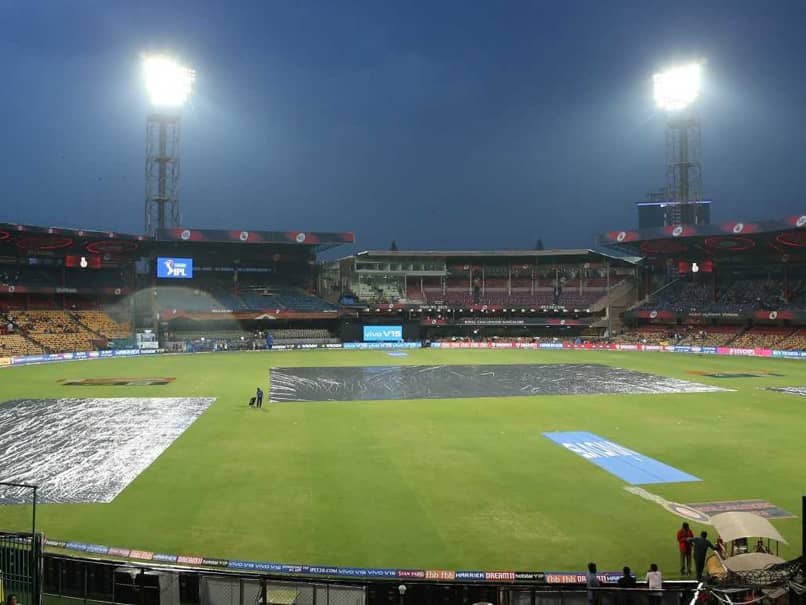 The start of Tuesday's RCB vs RR match was delayed by three hours, before further rain after midnight© BCCI/IPL

Following the abandonment of the Indian Premier League (IPL) match between Royal Challengers Bangalore (RCB) and Rajasthan Royals (RR) due to rain interruptions on Tuesday, former cricketers have suggested ways to ensure that matches do not have to be called off under such circumstances in the future. Having only got one point from what had been a must-win encounter for Virat Kohli's men, RCB crashed out of IPL 2019 following Tuesday's no-result. Former South Africa captain Shaun Pollock was quoted as saying by AFP on Wednesday, “We need to be a little more adaptable. At the end of the day both those teams needed those two points. Somehow a common sense rule should be implemented at times."

After the start of the match had been delayed by more than three hours due to rains that left one end of the pitch sodden, organizers reduced the match to the minimum five-overs-a-side.

But further showers meant Rajasthan could not complete even that.

Indian leg-spinner Shreyas Gopal took a hat-trick to restrict Bangalore to 62 for seven in five overs and Rajasthan were 41-1 off 3.2 overs when rain stopped play.

Pollock said the match could have started earlier if more “adaptable” rules had allowed bowlers to all use the same, drier end of the pitch.

"When they looked at the pitch and saw there was a water problem could they not have reduced it to a five-over game (earlier) and played from one side?" he said.

"If you know rain is coming on the PGA (golf) tour they don't tee off at one o'clock, they bring it forward then they make it two-tee start and begin at nine o'clock,” he added.

Former India batsman Ajay Jadeja spoke about the need for better protection of playing conditions from inclement weather.  "Covers need to get better. We still can't be living in an era of uncovered pitches. And there are people who are providing you better covers, you just don't want to spend on it,” he said.

Shreyas Gopal IPL 2019 Cricket
Get the latest updates on India vs Australia Series, check out the India vs Australia Schedule for 2020-21 and Ind vs Aus live score . Like us on Facebook or follow us on Twitter for more sports updates. You can also download the NDTV Cricket app for Android or iOS.