Sam Curran had bagged the first hat-trick of the Indian Premier League (IPL) 2019. 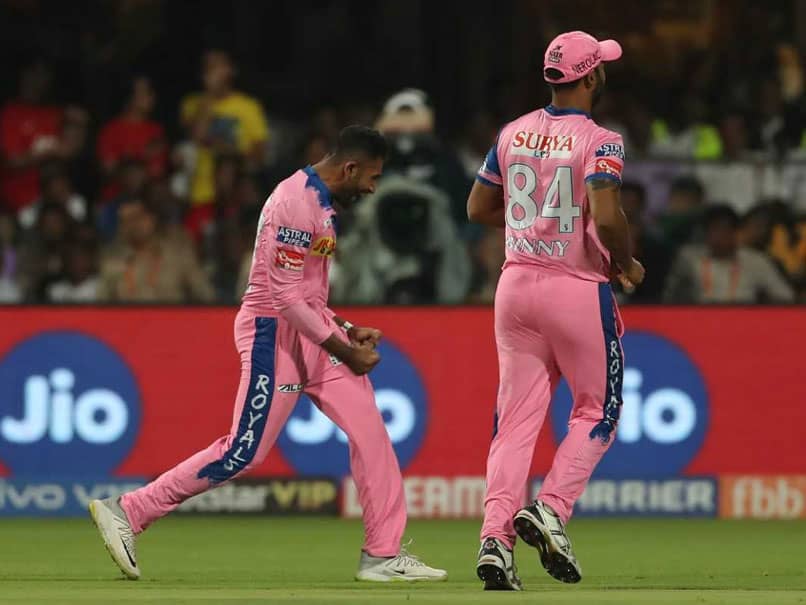 Shreyas Gopal once again weaved his magic in the IPL 2019.© BCCI/IPL

Leg-spinner Shreyas Gopal weaved his magic in the rain-marred match against Royal Challengers Bangalore (RCB) to claim a hat-trick for Rajasthan Royals in the Indian Premier League (IPL) 2019 match on Tuesday. It was the second hat-trick of the season, the first was claimed by young Sam Curran against Delhi Capitals on April 1 in Mohali. Gopal, featuring in his fifth IPL season, ran through the hosts' top-order to dismiss the hard-hitting trio of Virat Kohli, AB de Villiers and Marcus Stoinis, in that order.

The 25-year-old led the fightback for the visitors after Kohli smashed 25 runs off seven balls in the match which was reduced to five overs per side. Gopal then got rid of Kohli's opening partner de Villiers for 10 and one-down batsman Marcus Stoinis for a duck.

Gopal finished with the figures of three for 12, his best of the season. His effort saw the Bangalore outfit slump from 35/1 to 61/7 in five overs.

With the hat-trick, Gopal has now picked 18 wickets in 13 matches for the Jaipur franchise. He has a bowling average of 18.11 and an economy rate just over 7.00.

Rajsthan Royals had won the toss and opted to field but rain returned to delay the start of the game by three hours and thirty minutes.

Shreyas Gopal Cricket
Get the latest updates on India vs England Series, India vs England , live score and IPL 2021 Auction . Like us on Facebook or follow us on Twitter for more sports updates. You can also download the NDTV Cricket app for Android or iOS.