IPL 2019, Royal Challengers Bangalore vs Rajasthan Royals Highlights: RCB were knocked out while RR live to fight another day. 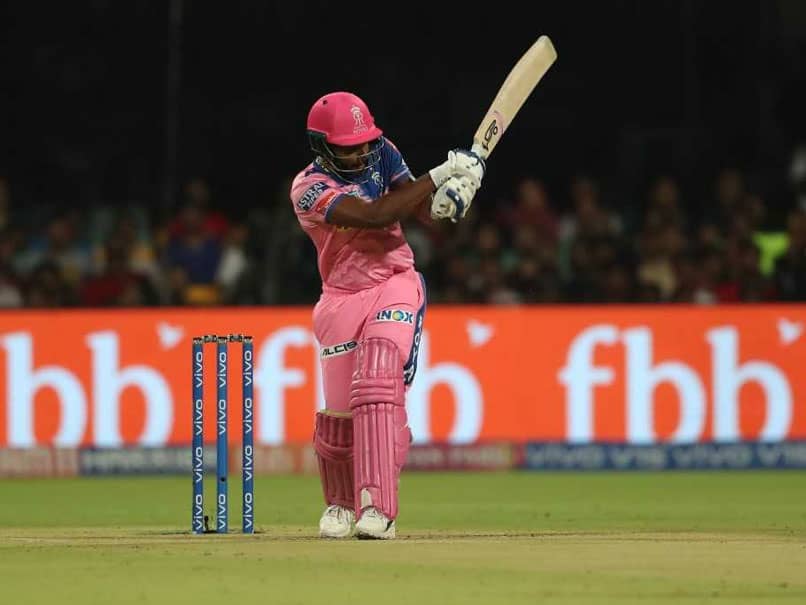 The rain washed out the game between Royal Challengers Bangalore (RCB) and Rajasthan Royals (RR) at the M Chinnaswamy Stadium in Bengaluru. RR skipper won the toss and decided to bowl but the rain delayed the start of the match. Finally, after final inspection at 11:05 pm umpires deiced for a five overs a side game. For RCB, skipper Virat Kohli and AB De Villiers came to open the innings. Both the batsmen started positively and fetched 23 runs in the first over by Varun Aaron. The game changed in innings' second over bowled by Shreyas Gopal, who took a hat-trick and helped RR restrict RCB to 62/7. Chasing a target of 63, RR batsmen started cautiously scoring 22 of first two overs. In third over of the innings Sanju Samson changed gears and hit 17 runs. Kohli brought Yuzvendra Chahal in to attack who dismissed Samson on his second delivery. After the rain started pouring once again, umpires were left with no choice but to call off the game. Both teams shared one points each and RCB were knocked out while RR live to another day. (SCORECARD)

M.Chinnaswamy Stadium, Bengaluru IPL 2019 Cricket Live Score Live Cricket Score Live Blogs
Get the latest updates on IPL 2021, IPL Points Table , IPL Schedule 2021 , live score . Like us on Facebook or follow us on Twitter for more sports updates. You can also download the NDTV Cricket app for Android or iOS.