Virat Kohli gave Ravichandran Ashwin an aggressive send-off after taking his catch in the RCB vs KXIP IPL 2019 match on Wednesday. 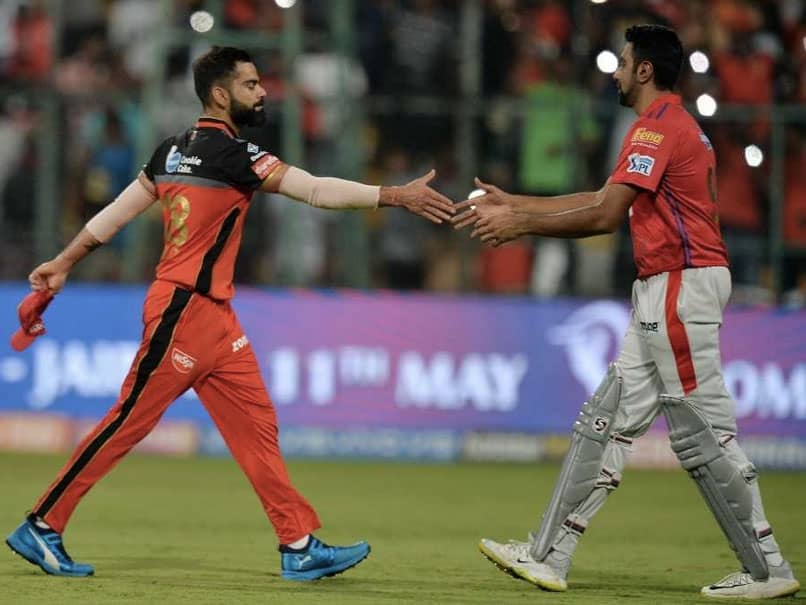 Virat Kohli, the Royal Challengers Bangalore (RCB) skipper, gave an animated send-off to his Kings XI Punjab (KXIP) counterpart Ravichandran Ashwin during an Indian Premier League (IPL) 2019 encounter in Bengaluru on Wednesday. Ashwin, who has had his fair share of controversies in IPL 2019, played down Kohli's fiery send-off, saying both of them react out of passion. "I just played with passion, so does he (Virat). That's it. As simple as that," Ashwin said at the post-match press conference.

Chasing 203 to win, KXIP needed 27 runs off the final over. Ashwin came to the crease and hit Umesh Yadav's first delivery for a six.

Ashwin hoped for the same result on the next delivery too but he mistimed his shot and the ball went straight to Kohli, stationed at the long-on boundary.

After safely completing the catch, Kohli reacted in a rather animated manner.

A clearly miffed Ashwin was also seen throwing his gloves in the dugout.

As far as the match is concerned, riding on AB de Villiers' unbeaten 82 and Marcus Stoinis' 46, RCB posted 202/4 in their stipulated 20 overs.

Ashwin felt it was important for his team to curtail AB de Villiers as he proved to be the difference between two sides.

"I think AB de Villiers is someone who definitely makes a difference in those end overs. It is very important we curtail him. Like I said our execution was all over the place towards the last two-three overs," Ashwin said.

Ravichandran Ashwin IPL 2019 Cricket Royal Challengers Bangalore vs Kings XI Punjab, Match 42
Get the latest updates on India vs Australia Series, check out the India vs Australia Schedule for 2020-21 and Ind vs Aus live score . Like us on Facebook or follow us on Twitter for more sports updates. You can also download the NDTV Cricket app for Android or iOS.