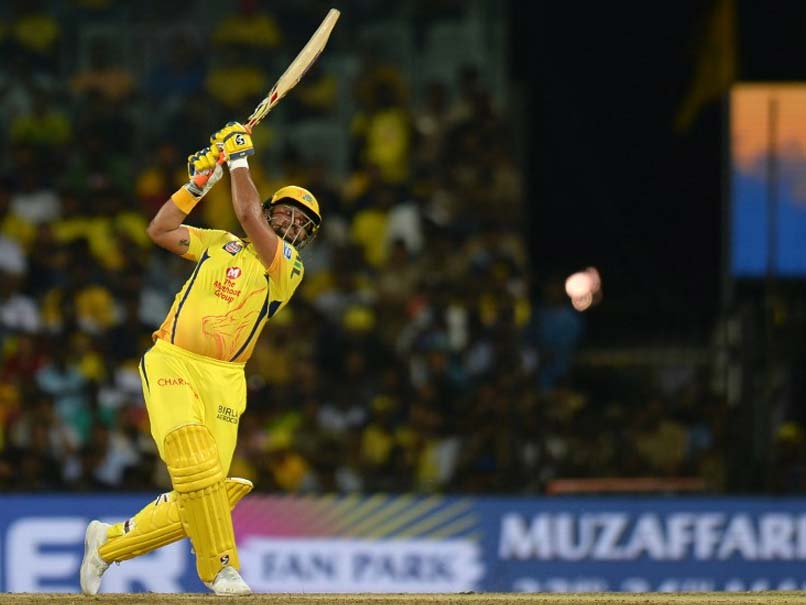 Suresh Raina outpaced Virat Kohli to become the first player to score 5,000 runs in the Indian Premier League (IPL) during the tournament opener between Chennai Super Kings and Royal Challengers Bangalore in Chennai on Saturday. Raina, the leading run-scorer in the tournament, needed just 15 runs to reach the milestone when he walked out to bat after Shane Watson's departure. Kohli needed another 52 runs to reach 5,000 runs and 38 runs to overtake Raina before the start of the match but was dismissed for six runs as MS Dhoniinvited RCB to bat first in Chennai.

Raina was dismissed for 19 runs by Moeen Ali and Virat Kohli now needs 51 runs to become the leading run-scorer in the IPL.

Raina, the most-capped cricketer in the IPL, is also the only batsman to breach the 300-run mark in all 11 seasons.

As far as the match is concerned, Harbhajan Singh rolled back years to show the relevance of a finger spinner in shorter format as defending champions Chennai Super Kings beat Royal Challengers Bangalore by 7 wickets.

On a tricky pitch that assisted slow bowlers, RCB were shot out for 70 in 17.1 overs, a target that CSK achieved in 17.4 overs.

"No one wants to start like this, but it's good to get a game like this out of the way - this early in the tournament. We spoke of trying to be in the game, taking it to the 18th over was nice to see. The batting wasn't good, it wasn't easy to bat on, looked much better surface though, I thought 140-150 would have been an ideal score, especially with dew expected later on," Kohli said after the loss.

"A scrappy start to the league, but I don't think either team had control over it, the pitch was under the covers for 4 days, but we should have batted better, 110-120 would have been a fighting score. He (Saini) has been good in conditions where there's some grass, got his chance now. I thought CSK played really well, they deserved to win, but I loved to see our team fighting all the way," Kohli added.

RCB maintained their inglorious record against CSK and also had the ignominy of ending with the sixth lowest total in the league.