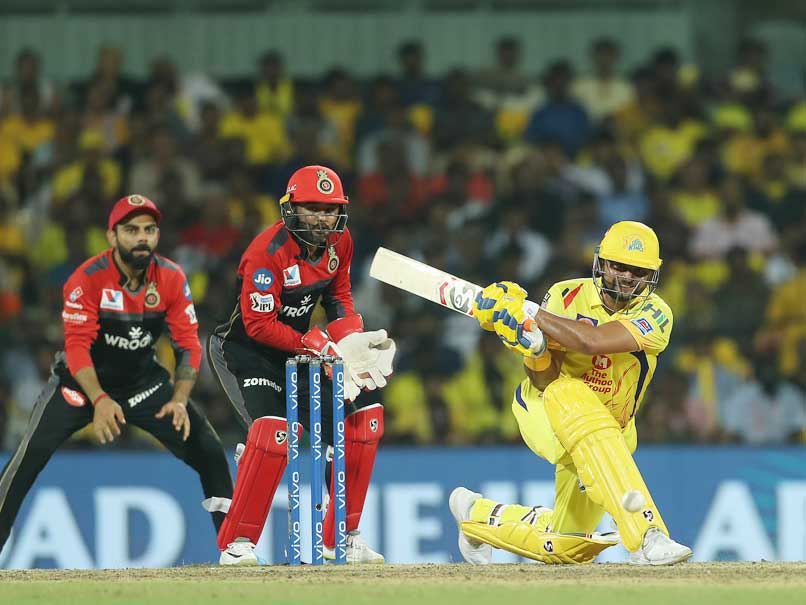 Chennai Super Kings crushed Royal Challengers Bangalore by seven wickets in the opening match of the Indian Premier League (IPL) 2019 at the MA Chidambaram Stadium, Chennai, on Saturday. Kedar Jadhav was unbeaten on 13 and Ravindra Jadeja not out on six as CSK chased down the small target with 14 balls to spare. Ambati Rayudu top-scored for CSK with 28 runs while Suresh Raina, who became the first batsman to score 5,000 runs in the IPL, contributed with 19 runs. Earlier, Imran Tahir and Harbhajan Singh claimed three wickets each as CSK bundled out RCB for a paltry 70 runs after opting to bowl. Ravindra Jadeja took two wickets, while Dwayne Bravo claimed the final wicket as the star-studded batting-line-up of RCB was wrapped up in 17.1 overs. Opener Parthiv Patel top-scored for RCB with 29 runs. Skipper Virat Kohli failed to impress much at the opening slot as he was dismissed for six runs. In all, RCB lost nine of their batsmen for a single-digit score. Under the captaincy of MS Dhoni, CSK made a successful return to their home ground. Banned for two years till 2017, CSK were forced to play all but one home match in Pune last season, with protests over the Cauvery water dispute having forced the Board of Control for Cricket in India (BCCI) to shift matches out of Chennai. (SCORECARD)

MS Dhoni Chennai Super Kings vs Royal Challengers Bangalore, Match 1 IPL 2019 Cricket Live Score Live Cricket Score Live Blogs
Get the latest updates on ICC T20 Worldcup 2022, check out the Schedule and Live Score . Like us on Facebook or follow us on Twitter for more sports updates. You can also download the NDTV Cricket app for Android or iOS.