Chennai Super Kings returned to the IPL last year after a two-year ban and immediately ruled the tournament. 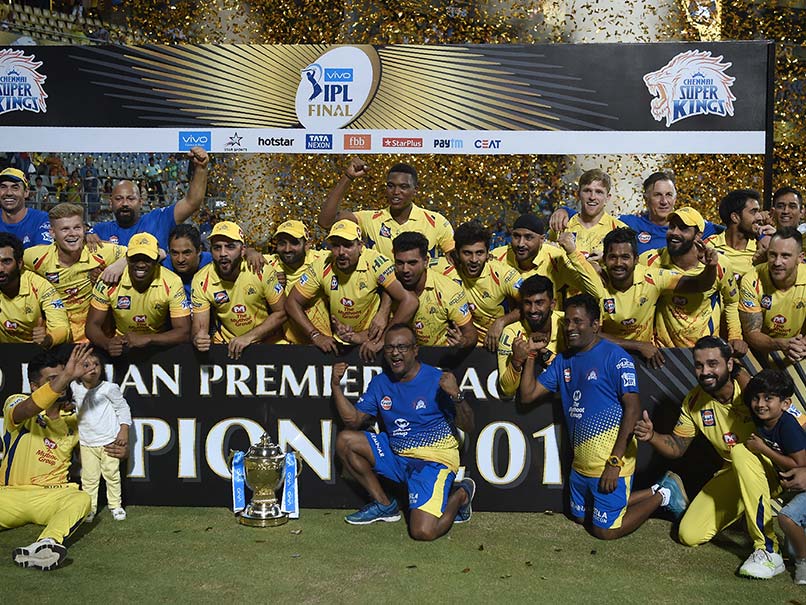 Chennai Super Kings will put their title in defence in IPL 2019.© AFP

One of the most popular and celebrated teams of the Indian Premier League (IPL), the Chennai Super Kings (CSK) made a grand comeback into the cash-rich league in 2018 following a two-year suspension. It was an emotional comeback by the franchise captained by Mahendra Singh Dhoni that went on to win the tournament last year. Having won the IPL title for the third time, CSK equalled Mumbai Indians' tally of winning three IPL titles. They also have two Champions League trophies to their name.

Considered one of the most consistent teams in the IPL history, CSK is the only outfit to have qualified for the play-offs (semi-finals until 2010) on all occasions they have participated. Dhoni's CSK have also featured in maximum IPL finals i.e. seven times having won it thrice and ending up losing on four occasions. The team's success mantra over the years has been to retain the same bunch of players who have had featured in team's ups and downs.

MS Dhoni is the only captain in IPL to have captained a side consistently for over a decade. Barring the two-year suspension in 2016 and 2017, CSK have been captained by Dhoni in all the nine occasions they have participated. He is undoubtedly the most successful IPL captain ever since he took over the reign of Chennai Super Kings back in 2008.

Dhoni has captained in 159 matches (that includes both CSK and Rising Pune Supergiants) and has won a record 94 matches with a healthy win percentage of 59.49. Meanwhile, he has lost 64 matches and one match ended without any result. Dhoni is followed by Gautam Gambhir, Virat Kohli, Rohit Sharma and Adam Gilchrist among top successful captains in IPL.

Last year, CSK went in with a strong squad by picking up ex-CSK players like Dwayne Bravo, Faf du Plessis, and Murali Vijay.

The think tank led by head coach Stephen Fleming and bowling coach Laxmipathy Balaji picked a strong squad with the likes of Ambati Rayudu, Harbhajan Singh, Imran Tahir and Shane Watson making it to the squad. Rayudu and Watson were consistent among runs having shone with the bat on several occasions in the previous edition. Rayudu plundered 602 runs in 16 matches at an average of 43. He hit one century and three half-centuries.

Meanwhile, Watson hit 555 runs at a healthy average of 39.64. He went on to hit two centuries (one in the final) and two half-centuries. Captain MS Dhoni also made 455 runs at an average of 75.83 that included three half-centuries. Ranji stars Shardul Thakur and Deepak Chahar also made a good impact as they shone with the ball.

The defending champions will be looking to emulate their heroics from 2018 and will be looking for an encore with an updated squad that has got back the service of Mohit Sharma.

Chennai Super Kings IPL 2019 Cricket
Get the latest updates on SA vs IND 2021-22, check out the Schedule and Live Score . Like us on Facebook or follow us on Twitter for more sports updates. You can also download the NDTV Cricket app for Android or iOS.