After SunRisers Hyderabad qualified, their fans expressed gratitude not to Kane Williamson and his team but to Rohit Sharma-led Mumbai Indians. 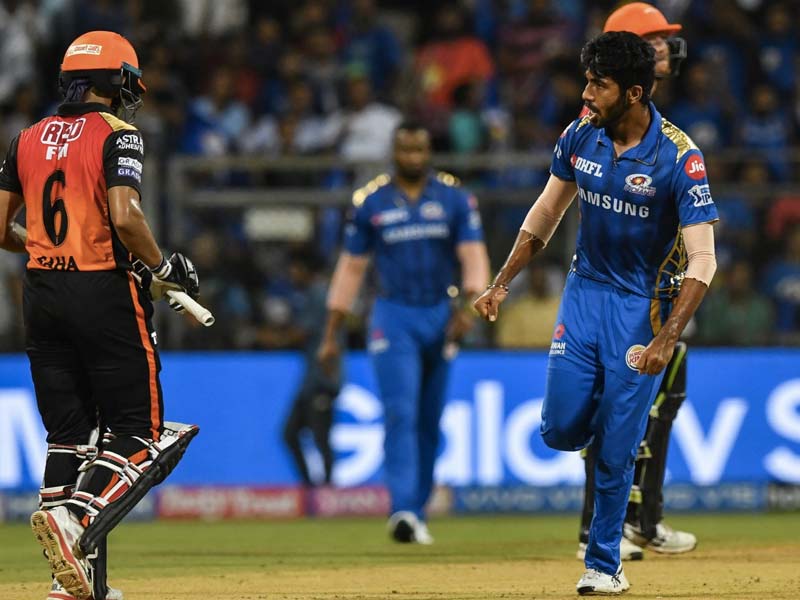 Mumbai Indians (MI) brushed aside Kolkata Knight Riders (KKR) from playoffs contention with a nine-wicket win at the Wankhede Stadium on Sunday. With the victory, Mumbai Indians claimed the top position in the IPL Points Table. Mumbai Indians' win also helped SunRisers Hyderabad qualify for the IPL 2019 playoffs. With only six wins in 14 matches, SunRisers Hyderabad managed to finish fourth with the help of a positive net run-rate of 0.577. KKR and Kings XI Punjab, despite having equal number points as SRH, finished fifth and sixth respectively.

When SRH announced on Twitter that they had "qualified" for the playoffs, fans expressed gratitude not to Kane Williamson and his team but to Rohit Sharma-led Mumbai Indians.

Many SRH fans were in awe of Sri Lankan fast bowler Lasith Malinga, who claimed three wickets to help Mumbai restrict KKR to a modest 133 for seven.

Jasprit Bumrah and Hardik Pandya contributed with two wickets each after Mumbai Indians elected to bowl in the last league stage match.

Some fans mixed acknowledgement with sarcasm and trolled KKR batsman Robin Uthappa for scoring a composed 47-ball 40 when there was a dire need of scoring quick runs.

Despite having one of the most vulnerable middle-orders, SRH managed a positive net run-rate thanks to the formidable opening pair of David Warner and Jonny Bairstow.

Before leaving the IPL for respective pre-World Cup training camps, Bairstow and Warner gave SRH a solid start in most of their matches.

While Warner finished as top run-scorer in the league stage with 692 runs in 12 matches, Bairstow scored 445 runs in 10 matches.

First time in the IPL history that Team qualifies for playoffs with just 12 points. Kudos David Warner. You were amazing. Congrats SRH. Now let's do it #OrangeArmy

#SRH first team ever to qualify with just 6 wins due to a much superior run-rate. Special thanks to #DavidWarner and #JonnyBairstow.#Playoff #IPL2019

Thanks to warner and jonny bro for healthy NRR

SRH will take on Delhi Capitals in the Eliminator at Visakhapatnam on Wednesday. The winner of the Eliminator will face either Mumbai Indians or Chennai Super Kings in the Qualifier 2 on Friday.

Robin Uthappa IPL 2019 Cricket Mumbai Indians vs Kolkata Knight Riders, Match 56
Get the latest updates on ICC Women's Cricket World Cup 2022 and IPL 2022, check out the Schedule , Live Score and IPL Points Table. Like us on Facebook or follow us on Twitter for more sports updates. You can also download the NDTV Cricket app for Android or iOS.