When television actress Krystle D'Souza put up a picture with Hardik Pandya, one Instagram user overstepped his mark and directed a racist comment towards the cricketer. 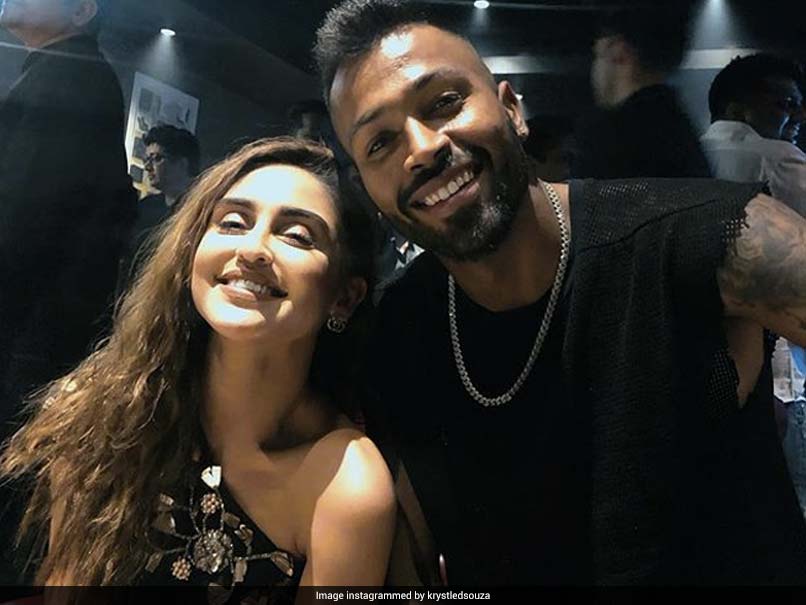 Hardik Pandya has been in the eye of the storm ever since the airing of the infamous episode of 'Koffee With Karan'. Fans have been quite vocal in showing their anger against some of the scandalous comments made by Hardik Pandya on the talk show. Despite the negativity around him, Hardik Pandya has let his performance do the talking on the field and the all-rounder has shone for Mumbai Indians in the ongoing IPL 2019. His on-field showing in the IPL 2019 seems to have won him back some fans even as others continue to berate the India all-rounder. However, when television actress Krystle D'Souza put up a picture with Hardik Pandya, one Instagram user overstepped his mark and directed a racist comment towards the cricketer.

The retribution was swift as not only Krystle D'Souza but fans also came in their numbers to reprimand the user for his racist remark.

Actor Aparshakti Khurana told the user, identified as Sameer: "I think you should not write such comments and definitely not use such language. We all love Hardik because he is a performer. You should rather encourage the Indian team, especially before the World Cup."

"That's so well put! People are so mean and obnoxious and just because they are sitting behind a screen typing, they think they can get away with anything! I guess ignorance is bliss in this case! Their words make no difference to his superb performance... BUT thank you," Krsytle also commented on Aparshakti's reaction.

"thank you so much Apar for supporting Hardik and loving him! People should be against RACISM and support team India and @hardikpandya93 before World Cup and IPL finale! We all love you @hardikpandya93," wrote another user.

"I mean he has done so much for India and definitely will do so much more. @sameer_3101 u have no right to say something like this to anyone. U really failed as an Indian citizen," commented zenu_zainabkhan.

"Even I don't like Hardik Pandya.. but I hv my own reasons.. & being dark is NOT one of them.. you hv no right to say this about anyone...??," said another user.

Hardik Pandya has been at the receiving end of a lot of criticism ever since his appearance on chat show 'Koffee With Karan' alongside KL Rahul.

The matter came to an end after the duo were fined Rs 20 lakh each by BCCI Ombudsman DK Jain.

In the order published on the official BCCI website, Justice DK Jain also wrote that no further action will be taken against Hardik Pandya and KL Rahul, who have already served a provisional suspension and tendered an unconditional apology.

Lokesh Rahul Cricket
Get the latest updates on India vs South Africa and check out  Schedule, Results and Live Score. Like us on Facebook or follow us on Twitter for more sports updates. You can also download the NDTV Cricket app for Android or iOS.