The hearings will take place in Mumbai, with Hardik Pandya's hearing scheduled for April 9 and KL Rahul's the next day. 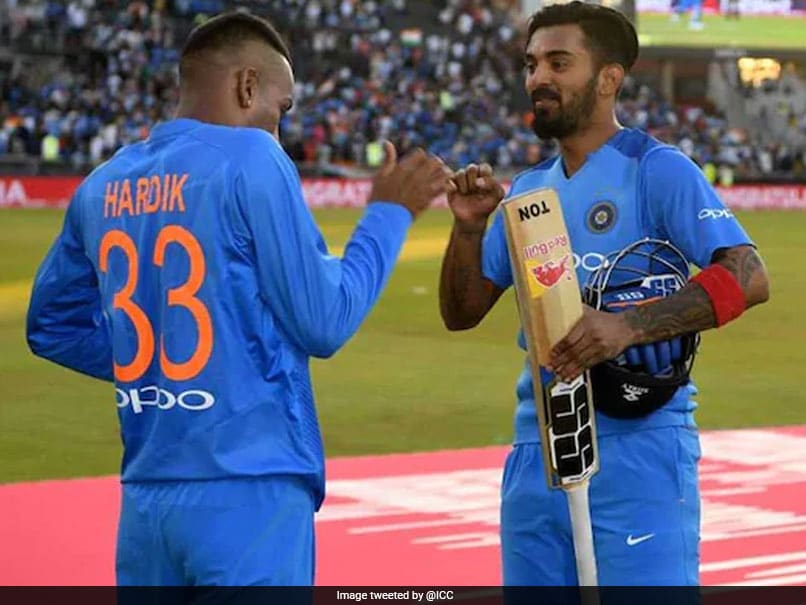 Hardik Pandya and KL Rahul are currently playing in the ongoing season of IPL.© Twitter

Hardik Pandya and KL Rahul have returned to cricket after making controversial statement on a TV chat show "Koffee with Karan". However, their trouble is yet to be eased as they have given notices, by the Board of Control for Cricket in India (BCCI) Ombudsman Justice DK Jain, to be present for the hearings in the controversy related to their comments. "I have sent them the notice. It is for them to appear or not. It is part of natural justice. You cannot hold someone guilty without having given them the opportunity to present their case," ESPN Cricinfo quoted Justice DK Jain as saying.

The hearings will take place in Mumbai, with Pandya's hearing scheduled for April 9 and Rahul's the next day.

As the ICC World Cup 2019 approaches near, the BCCI is looking forward to end the controversy.

Speaking to IANS, a senior BCCI executive said that everyone in the board is on the same page and feels that it is time that the issue was put to rest. They feel that the punishment cannot be bigger than the crime and the players have already paid for their mistake.

"Everyone in the board feels that this issue needs to come to an end. The players committed a mistake and there is no two-way about it. But the players were sent home from the tour of Australia, they did apologise for their mistake and are also set to depose before the ombudsman.

"With the World Cup round the corner, the general sentiment is that the matter should be put to an end," the executive said.

Another BCCI functionary said that the ombudsman has been given the matter as priority and Jain will in all likelihood submit his report within a week of meeting the players.

"There is no timeline as such, but everybody understands that substantial match loss has already happened and the punishment cannot be bigger than the crime. The ombudsman will in all likelihood submit his report within a week of meeting the players and getting their side of the story," the functionary said.

Both Pandya and Rahul were suspended by the BCCI's Committee of Administrators in January this year over their offensive remarks on "Koffee with Karan". The players who were in Australia at that time were called back home and suspended two days later.

Their suspension was provisionally lifted on January 24.

Pandya and Rahul are currently playing in the ongoing season of Indian Premier League. Pandya is playing for Mumbai Indians while Rahul is playing for Kings XI Punjab.

(With inputs from ANI and IANS)

Lokesh Rahul Cricket BCCI
Get the latest updates on ICC T20 Worldcup 2022 and CWG 2022 check out the Schedule, Live Score and Medals Tally. Like us on Facebook or follow us on Twitter for more sports updates. You can also download the NDTV Cricket app for Android or iOS.