Hardik Pandya, KL Rahul Said Some Wrong Things But Others Have Made Bigger Mistakes: S Sreesanth

The BCCI has suspended Hardik Pandya and KL Rahul from playing any form of cricket after their comments on a TV show. 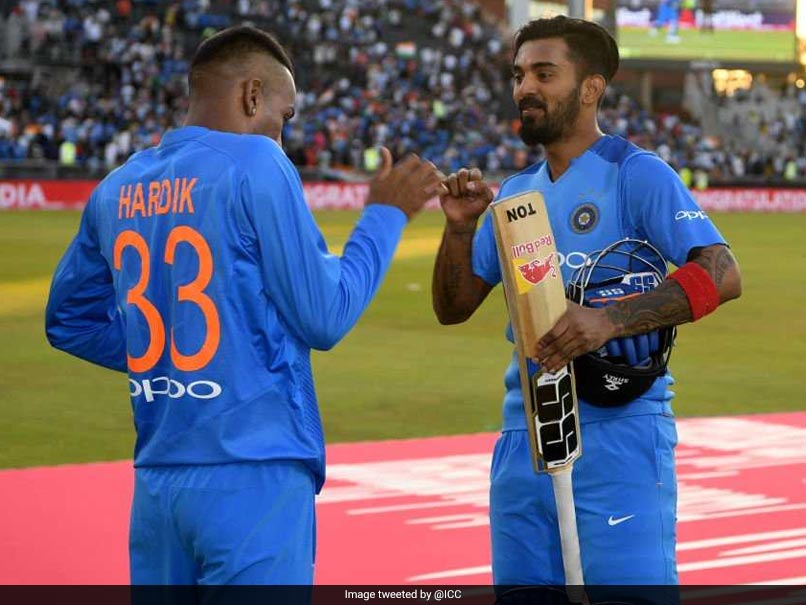 Hardik Pandya and KL Rahul drew flak from all quarters for their comments about women.© Twitter

Hardik Pandya and KL Rahul were ordered to return from Australia after their comments on a popular TV chat show sparked an outrage on social media. The duo, who were suspended by the Board of Control for Cricket in India (BCCI) from playing any form of cricket, drew flak from all quarters for their comments about women. The BCCI has also set up an inquiry against the Pandya and Rahul. But S Sreesanth feels that Indian cricket needs both of them as the duo are match-winners and will be crucial in the upcoming World Cup 2019.

"I will only say that whatever happened was very bad, but the World Cup is around the corner. Both Hardik and Rahul are both good cricketers," Sreesanth said.

"I will only say to Hardik and Rahul, that surely they are both match-winners and sooner or later they will be back on the field. Yes, I know how difficult it is for a cricketer to miss the game and I just hope BCCI allows them to play, once they realise I am sure they should be playing where they should be playing," the former India pace bowler added.

Sreesanth said that those who had made bigger mistakes than Rahul and Pandya had gotten away with it in the past.

"Yes, what happened was wrong. They said some wrong things. But there are others whose have made bigger mistakes than these, who are still playing and are in different fields not just cricket. The same people are speaking about this. When they see an opportunity they pounce on it like tigers," Sreesanth said.

Sreesanth hoped that his ban on playing first class cricket in India would be lifted soon.

"On top of that, if my ban gets lifted this month or next month, then I will be the happiest...," he said, adding that if the ban is eventually lifted, he would like to test himself in first class matches before taking a call on fighting for a chance to represent Team India again.

Sreesanth said that he would just walk away from the game if he realised that he is not up to scratch.

Sreesanth was arrested in a spot fixing scandal in 2013 and was banned for life.

"If not, I will call it a day because a lot of youngsters are there and it will be great for Indian cricket as well as my Kerala state. I should not be hanging around because I am Sreesanth and the ban got lifted. I will be more than happy with all the respect. If I am not doing well, I will walk away from the game," Sreesanth said.

Lokesh Rahul Cricket BCCI Sreesanth
Get the latest updates on ICC Women's Cricket World Cup 2022 and IPL 2022, check out the Schedule , Live Score and IPL Points Table. Like us on Facebook or follow us on Twitter for more sports updates. You can also download the NDTV Cricket app for Android or iOS.