S Sreesanth on Friday told the Supreme Court that he has offers to play English County matches. 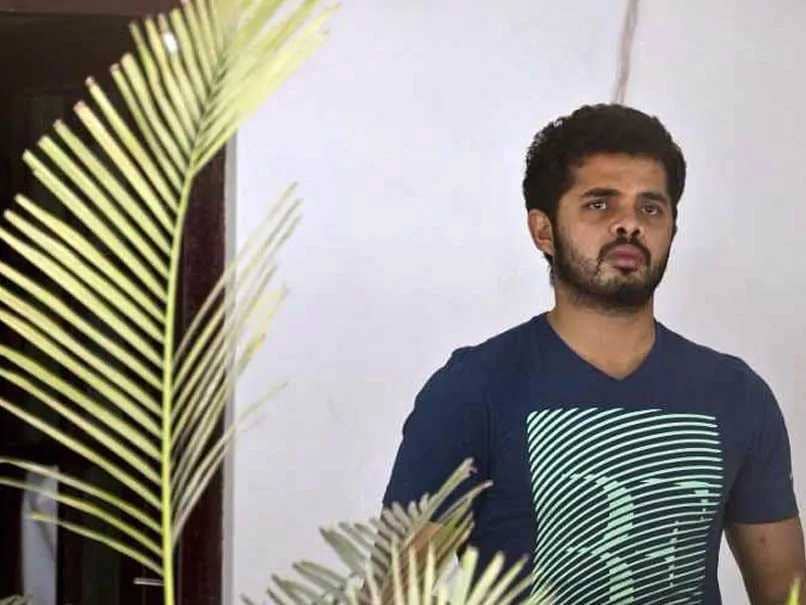 S Sreesanth was given a life ban by the BCCI for his role in the IPL spot-fixing scandal.© AFP

Banned cricketer S Sreesanth on Friday told the Supreme Court that he has offers to play English County matches and the life ban imposed on him by the Board of Control for Cricket in India (BCCI) is "too harsh" and he has suffered immensely because of it. In 2015, he was acquitted by a Delhi court in the sensational 2013 spot-fixing case. He said that when the life ban on cricketer turned politician Mohammad Azharuddin, who was accused of being involved in a match-fixing scandal in 2000, can be reversed then why can't his life ban imposed by the BCCI be set aside.

A bench of Justices Ashok Bhushan and Ajay Rastogi noted that appeal against the 2015 order of trial court is pending before the Delhi High Court and the hearing is scheduled in the second week of January.

"We will hear the matter in third week of January," the bench said, while adjourning the matter.

Senior advocate Salman Khurshid, appearing for Sreesanth said that the cricketer is now 35 years of age and if the ban is not revoked, he will not be able to play club cricket in the United Kingdom for which he has two-three offers.

He said that at 35 years of age, his international cricket career is virtually over but he should at least be allowed to play club cricket.

Khurshid further said that except for Sreesanth, none of the other players who were embroiled in the alleged spot-fixing scandal were given a life ban.

Senior advocate Parag Tripathi, appearing for BCCI, said that there was incriminating evidence against Sreesanth due to which the apex cricket body imposed the ban on him.

He said that the BCCI has adopted zero tolerance against corruption in the game and the life ban cannot be revoked.

On May 15, the apex court had denied Sreesanth the opportunity to play in the English County but asked the Delhi High Court to decide expeditiously an appeal challenging a trial court order discharging several cricketers, including him, in the case.

The court had then said that though it understood Sreesanth's "anxiety" to play, it would like to wait for the high court's decision on the appeal of the Delhi Police challenging the trial court order discharging the cricketers and others in the spot-fixing case.

The Delhi Police had arrested Sreesanth, along with cricketers Ajit Chandila and Ankeet Chavan, and others on charges of spot-fixing during the Indian Premier League (IPL) in 2013.

As many as 36 accused in the spot-fixing case, including Sreesanth, Chavan and Chandila, were let-off by a Patiala House court in July, 2015. The Delhi Police had later challenged the decision in the Delhi High Court.

The BCCI had however refused to alter its disciplinary decision of life ban even after the verdict.

Sreesanth has challenged in the apex court, the decision of a division bench of the Kerala High Court restoring the ban imposed on him by the BCCI.

The apex court had on February 5 sought response from the BCCI and two members of the committee, which had recommended the life ban on Sreesanth.

A single-judge bench of the Kerala High Court had on August 7 last year lifted the life ban imposed on 34-year-old Sreesanth by the BCCI and set aside all proceedings against him initiated by the board.

A division bench of the high court had later restored the ban on a petition filed by the BCCI against the single-judge bench's order.

Rajasthan Royals Sreesanth Cricket
Get the latest updates on Fifa Worldcup 2022 and check out  Fifa World Cup Schedule, Stats and Live Cricket Score. Like us on Facebook or follow us on Twitter for more sports updates. You can also download the NDTV Cricket app for Android or iOS.