A Delhi court acquitted S. Sreesanth in the spot-fixing case in 2015 but the ban against him by the BCCI has continued. 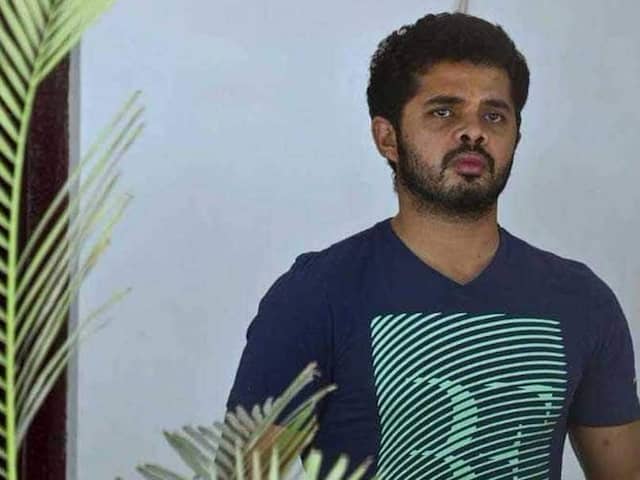 Sreesanth was banned for life by the BCCI for his alleged role in the 2013 spot fixing scandal.© AFP

Seeking support and justice for her husband S. Sreesanth in the 2013 Indian Premier League (IPL) spot-fixing case, Bhuvneshwari Sreesanth on Tuesday wrote an open letter to the Board of Control for Cricket in India (BCCI). In the letter, Bhuvneshwari defended Sreesanth saying that the former India pacer was not involved in the spot fixing fiasco and said that the false accusations against her husband has ruined Sreesanth's life. The right-arm pacer was banned for life by the BCCI for his alleged role in the spot fixing case in the 2013 fiasco that rocked the cricketing world. Even after a Delhi court acquitted Sreesanth in the spot fixing case in 2015, the life ban imposed on the 35-year-old by the BCCI has continued.

Sreesanth is currently a part of reality TV show Bigg Boss Season 12. In one of the recent episodes of the show, Sreesanth broke down while speaking to his fellow contestants about the match-fixing controversy. Sreesanth said he was accused of taking Rs. 10 Lakhs for match-fixing, but added that "wasn't involved in it and is innocent."

Earlier, Sreesanth had filed an appeal in the Supreme Court challenging the Kerala High Court's decision to uphold the ban on him.

Sreesanth had also sought for an interim direction from the court that he should be allowed to play in the English county.

The Delhi Police, in 2013 had arrested Indian pacer Sreesanth and other two cricketers Ajit Chandila and Ankeet Chavan on charges of spot-fixing during IPL but were later released.

India Cricket Team Sreesanth Cricket BCCI
Get the latest Cricket news, check out the India cricket schedule, Cricket live score . Like us on Facebook or follow us on Twitter for more sports updates. You can also download the NDTV Cricket app for Android or iOS.