Gautam Gambhir had expressed his displeasure over Mohammad Azharuddin ringing the bell at the start of the first T20I on Sunday. 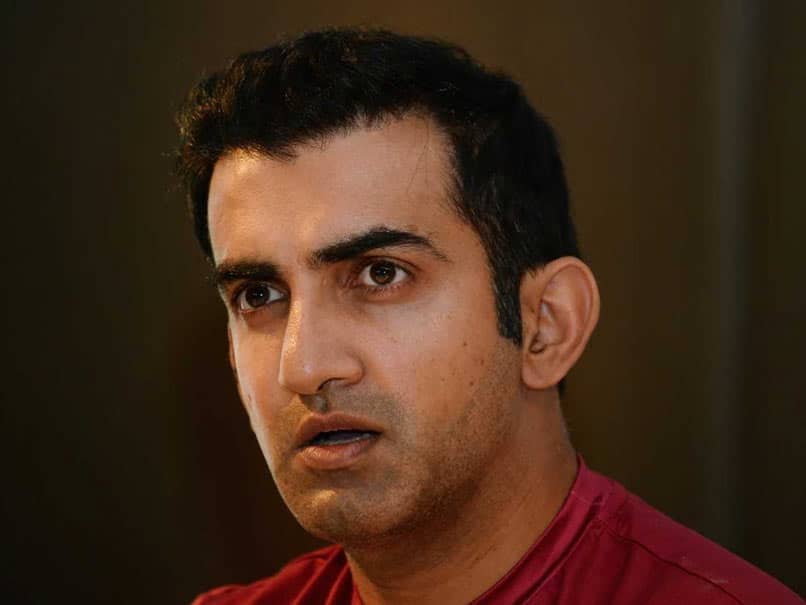 After Mohammad Azharuddin rang the bell to mark the start of the first Twenty20 International (T20I) between India and the Windies at the Eden Gardens on Sunday, Gautam Gambhir lashed out at the Board of Control for Cricket in India (BCCI), the Committee of Administrators (CoA) and the Cricket Association of Bengal (CAB) for giving the tainted former India captain such an honour. After expressing his displeasure, Gambhir faced backlash on Twitter.

This is what Gambhir had tweeted:

India may have won today at Eden but I am sorry @bcci, CoA &CAB lost. Looks like the No Tolerance Policy against Corrupt takes a leave on Sundays! I know he was allowed to contest HCA polls but then this is shocking....The bell is ringing, hope the powers that be are listening. pic.twitter.com/0HKbp2Bs9r

Fans didn't quite enjoy his stand against the Indian board allowing Azharuddin to ring the bell. Here are some of the reactions:

GG, you have disappointed me big time. Politics n all is fine but at least you must had respected the values of that game which gave you everything. #RespectYourSenior

Had great respect for you but this is uncalled for.. #unfollowing

Let GG elaborate his views before making any desperate point

Are u targeting azhar?
What has happened to you Gautam, u r disrespecting ur senior.
What is the reason for ur changed behaviour in past few months??

He has been given clean chit by the SC . So why are you disrespecting a senior player ?

High court cleared him up
Before that he was made MP from super honest party
BCCI was controlled by same party leaders
Case was not taken up to SC by grace of .....

One of India's most flamboyant skippers, Azharuddin's career came to a controversial end after when he was implicated in the infamous match-fixing scandal in 2000 and subsequently banned for life by the BCCI.

Azhar had fought the decision in the Andhra Pradesh High Court, which ruled in his favour in 2012. The Indian cricket board didn't challenge the court order and later made it clear that it no longer prohibited Azharuddin from holding any position in the ICC or BCCI or its affiliated associations.

Eden Gardens India vs West Indies 2018 Cricket
Get the latest updates on IPL 2020, check out the IPL Schedule for 2020 and Indian Premier League (IPL) Cricket live score . Like us on Facebook or follow us on Twitter for more sports updates. You can also download the NDTV Cricket app for Android or iOS.