No One Should Make The Glorious Game Of Cricket Predictable: Supreme Court On S Sreesanth's Life Ban Appeal

The bench told BCCI that S Sreesanth has been exonerated by a criminal court in the sensational IPL spot-fixing case of 2013. 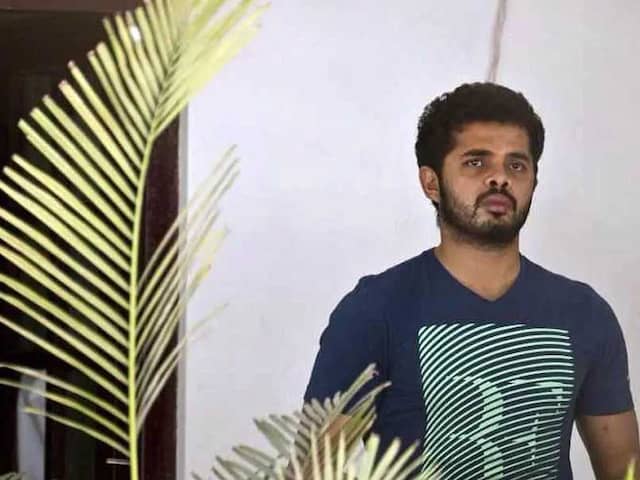 The bench posted the matter for further hearing on August 27.© Twitter

The observation of a bench of Chief Justice Dipak Misra and Justice D Y Chandrachud came as it was hearing an appeal by cricketer S Sreesanth challenging a Kerala High Court decision upholding the life ban on him imposed by the Board of Control for Cricket in India (BCCI). The bench told BCCI that he has been exonerated by a criminal court in the sensational IPL spot-fixing case of 2013. "Cricket is a glorious game of uncertainty and no one should make it lose the charm of uncertainty by making it predictable," the bench said.

Senior advocate Parag Tripathi, appearing for BCCI, said the 34-year-old cricketer was exonerated on the ground that the cricket board had already punished him.

The bench said it should be kept in mind that a criminal court had exonerated the cricketer.

Sreesanth's counsel said the court should pass a direction for expeditious hearing of the appeal against his discharge pending in the High Court.

The bench posted the matter for further hearing on August 27.

On May 15, the apex court had asked the Delhi High Court to decide by end of July the appeal challenging the trial court order discharging several cricketers, including Sreesanth.

The top court had said it understood Sreesanth's "anxiety" to play cricket, but would like to wait for the high court's decision on the appeal of the Delhi Police challenging the trial court order discharging the cricketers and others in the case.

The banned pace bowler has sought an interim direction that he should be allowed to play the English county cricket in the view of the fact that he has already been discharged in the IPL spot-fixing case and has been suffering the ban for the past four years.

The Delhi Police had arrested Sreesanth and other two cricketers Ajit Chandila and Ankeet Chavan on charges of spot-fixing during the Indian Premier League in 2013.

A single-judge bench of the Kerala High Court had on August 7 last year lifted the life ban imposed on Sreesanth by the BCCI and set aside all proceedings against him initiated by the board.

A division bench of the high court had later restored the ban on a petition filed by the BCCI against the single-judge bench's order.

All the 36 accused in the spot-fixing case, including Sreesanth, Chavan and Chandila, were let off by a Patiala House court in July, 2015. The Delhi Police later challenged the Patiala High Court decision in the Delhi High Court.

Comments
Topics mentioned in this article
Sreesanth Cricket
Get the latest Cricket news, check out the India cricket schedule, Cricket live score . Like us on Facebook or follow us on Twitter for more sports updates. You can also download the NDTV Cricket app for Android or iOS.