Harbhajan Singh, who was captaining Mumbai Indians in 2008, had slapped Sreesanth after a match against Kings XI Punjab. 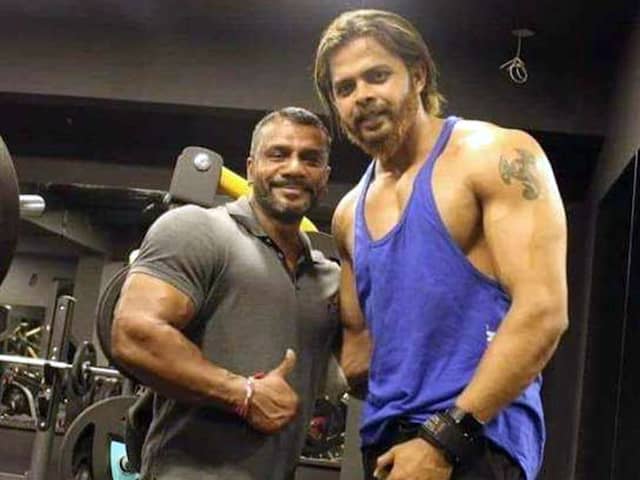 Have you ever seen a cricketer with a Hulk-like physique? You might have seen many cricketers including the Indians who are thorough in their fitness regime and have a chiselled shape but banned former Indian cricketer S Sreesanth has just gone a big step ahead of them. Sreesanth was always a favourite of Indian cricket fans. His out-of-the-box wicket-taking celebrations and on-field aggression were talking points during his playing days but today, the 35-year-old has taken the Internet by storm once again due to his muscular physique.

Keep working hard and keep at it..BE THE BEST YOU..

Twitterati went berserk after recent images of Sreesanth that surfaced online. Many admired his transformation while others adored the commitment that underwent during his journey to body building.

But there were also some who started trolling Indian cricketer Harbhajan Singh.

During a match in IPL 2008, Harbhajan Singh slapped Sreesanth on the field, which created a lot of controversy at that time and messages were aimed at Harbhajan after Sreesanth's new avatar came to the fore.

Looking at Sreesanth, I don't think Bhajji
(Harbhajan) will even think about playing with Sree again pic.twitter.com/O0eqOMT5JX

Did... did Sreesanth eat Salman Khan's character from 'Suryavanshi'? pic.twitter.com/aWNCBVYmeY

Sreesanth's cricket career was derailed after he was accused of spot-fixing in IPL matches in 2013. He was banned for life by the BCCI He has since been fighting a legal battle against the ban.