Several memes started flying around on Twitter after SRH's loss to RCB but one meme definitely outshone the others. 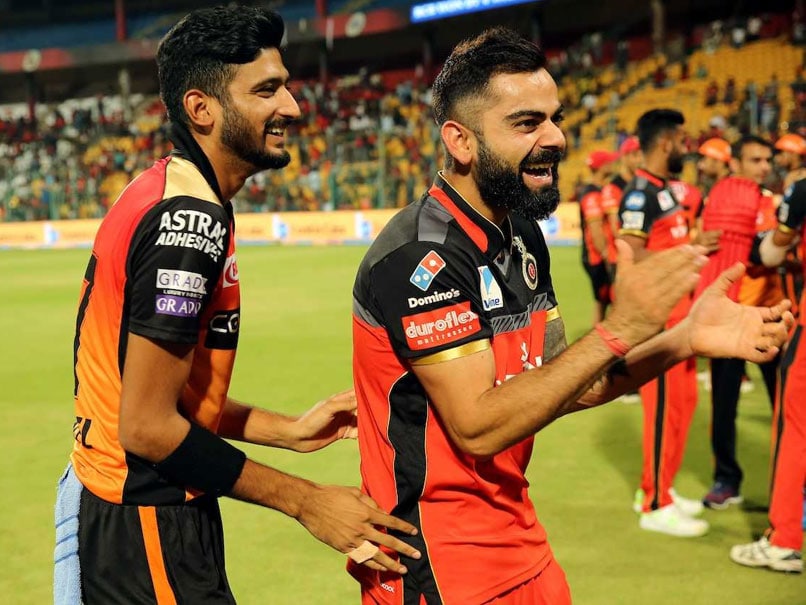 Virat Kohli's RCB dented SRH's hopes of reaching the playoffs thanks to their 4-wicket win.© BCCI/IPL

SunRisers Hyderabad's hopes of qualifying for the IPL 2019 playoffs hang by a thread after a defeat to Royal Challengers Bangalore (RCB) on Saturday night. SRH lost their final league game of the season which means they would need Mumbai Indians to beat Kolkata Knight Riders on Sunday. Anything other than a Mumbai Indians win will see KKR seal a last four spot. While SRH fans bemoaned their team's failure to get past bottom-placed RCB, other fans reveled in SunRisers' defeat with one coming up with a hilarious 'Game of Thrones' meme to troll SRH.

Several other fans also came up with some hilarious memes to poke fun at SRH's predicament.

#RCBvSRH
I can feel this reaction
Hard luck #SRH and good luck for tomorrow KKRpic.twitter.com/gh7cKA8ZG7

Both Hetmyer and Gurkeerat hit blazing fifties as RCB recovered from a hopelessly placed 20 for three in the third over to reach the 176-run target with four balls to spare.

During their 144-run partnership for the fourth wicket, Hetmyer smashed half a dozen sixes and four boundaries for his 47-ball 75, while Gurkeerat made 65 in 48 deliveries with the help of eight fours and one maximum.

The win meant RCB ended what has been a forgettable season on a positive note, while SRH's hopes of securing a playoffs berth were kept on standby.

Kolkata Knight Riders IPL 2019 Royal Challengers Bangalore vs Sunrisers Hyderabad, Match 54 Cricket
Get the latest updates on T20 World Cup, check out the T20 World Cup Schedule and Live Score . Like us on Facebook or follow us on Twitter for more sports updates. You can also download the NDTV Cricket app for Android or iOS.