SunRisers Hyderabad have tremendous momentum at the moment and Mumbai Indians are looking to consolidate. 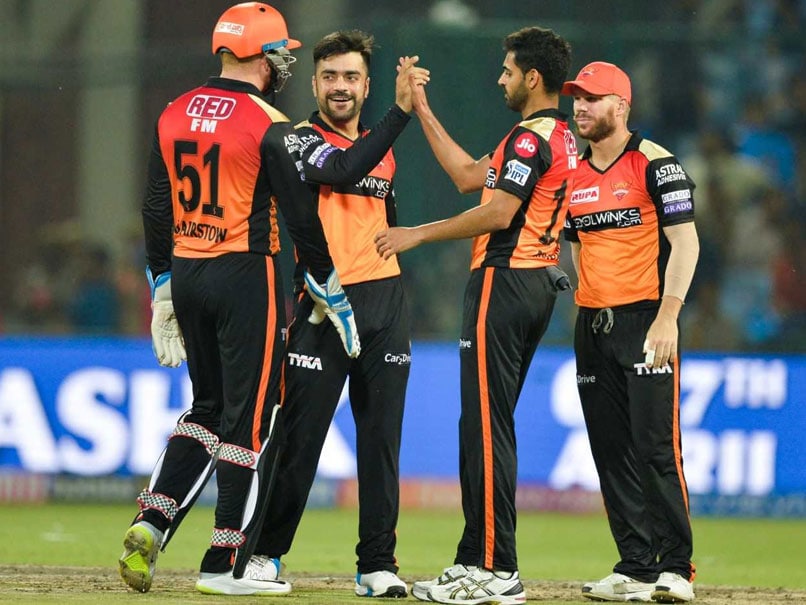 SunRisers Hyderabad are on the top of the IPL 2019 points table.© AFP

SunRisers Hyderabad (SRH) bounced back from a defeat to Kolkata Knight Riders and registered a hat-trick of victories to top the points table in the Indian Premier League (IPL) 2019. The opening pair of David Warner and Jonny Bairstow stitched together century stands in three successive matches to lead the Orange Army's run riot. Both of them will look to keep the SRH juggernaut rolling when they take on Mumbai Indians (MI) in the 19th match of the IPL 2019 at Rajiv Gandhi International Stadium, Hyderabad, on Saturday.

The confident SRH would not like to spare an inch against MI, lying at sixth place, with two wins and as many losses from four outings.

However, Mumbai Indians will take heart from the fact that they defeated defending champions Chennai Super Kings, their first loss in four games, in the last match.

In contrast, SunRisers Hyderabad, after losing their opening game against KKR, went on the win against Rajasthan Royals, Royal Challengers Bangalore and Delhi Capitals.

SRH, in fact, were without the services of their captain Kane Williamson during Thursday's match against Delhi because of an injury, but they did not let that have an impact.

Bhuvneshwar Kumar led from the front as the seamer, along with Mohammad Nabi and Siddarth Kaul, chipped in with two wickets each to restrict Delhi to 129 for eight.

With opener Bairstow (48) once again shinning with the bat, SRH had a cakewalk, cruising to a five-wicket win.

Come Saturday, SunRisers Hyderabad would again be banking on the English batsmen to deliver the goods, besides Australian David Warner.

The marauding pair of Warner and Bairstow have been in scintillating form this season, having shared three century-plus opening stands in four matches.

Among the bowlers, Afghanistan spin duo of Nabi and Rashid Khan, and Bhuvneshwar will be keen to fire in unison to counter the likes of Rohit Sharma, Yuvraj Singh, Suryakumar Yadav, Quinton de Kock, Kieron Pollard and Pandya brothers (Krunal and Hardik).

David Warner IPL 2019 Cricket Sunrisers Hyderabad vs Mumbai Indians, Match 19
Get the latest updates on T20 World Cup, check out the T20 World Cup Schedule and Live Score . Like us on Facebook or follow us on Twitter for more sports updates. You can also download the NDTV Cricket app for Android or iOS.