Ravichandran Ashwin 'Mankads' Jos Buttler: All You Need To Know About The Controversial Rule

Jos Buttler was left fuming after being 'mankaded' by Ravichandran Ashwin in the IPL 2019 match on Monday. 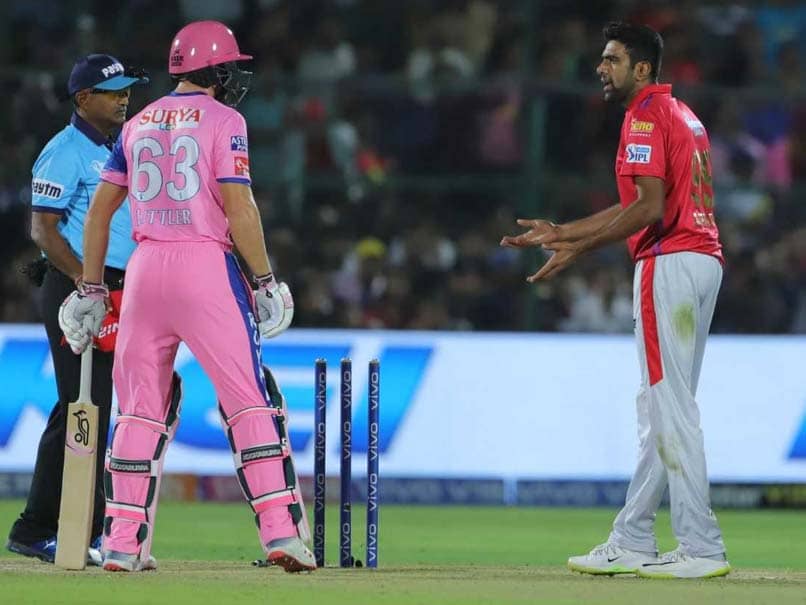 Ravichandran Ashwin found himself in the thick of the things.© BCCI/IPL

Ravichandran Ashwin found himself in the thick of the things after 'mankading' Jos Buttler during an Indian Premier League (IPL) match between Rajasthan Royals (RR) and Kings XI Punjab (KXIP) at the Sawai Mansingh Stadium in Jaipur on Monday. KXIP skipper Ashwin found himself at the receiving end after taking the step, but a few from the cricket fraternity said that the dismissal as "well within the rules". According to the Marylebone Cricket Club (MCC) rule book, the 41.16 Law: Non-striker leaving his/her ground early states, "If the non-striker is out of his/her ground from the moment the ball comes into play to the instant when the bowler would normally have been expected to release the ball, the bowler is permitted to attempt to run him/her out. Whether the attempt is successful or not, the ball shall not count as one in the over.

"If the bowler fails in an attempt to run out the non-striker, the umpire shall call and signal Dead ball as soon as possible."

The 'mankading' incident took place after Buttler (69) and skipper Ajinkya Rahane (27) got Rajasthan off to a brisk start in the chase.

Buttler, in particular, looked in a destructive mood as he didn't spare a single KXIP bowler and struck eight boundaries and two hits over the fence to notch up his fifty in just 29 balls.

But just when it seemed KXIP were running out of ideas, skipper Ashwin did the unthinkable as Buttler became the first victim of 'mankading' in the history of IPL, in the 13th over with Rajasthan Royals scoreboard reading 108 for two.

Jos Buttler Cricket
Get the latest updates on India vs England Series, India vs England , live score and IPL 2021 Auction . Like us on Facebook or follow us on Twitter for more sports updates. You can also download the NDTV Cricket app for Android or iOS.