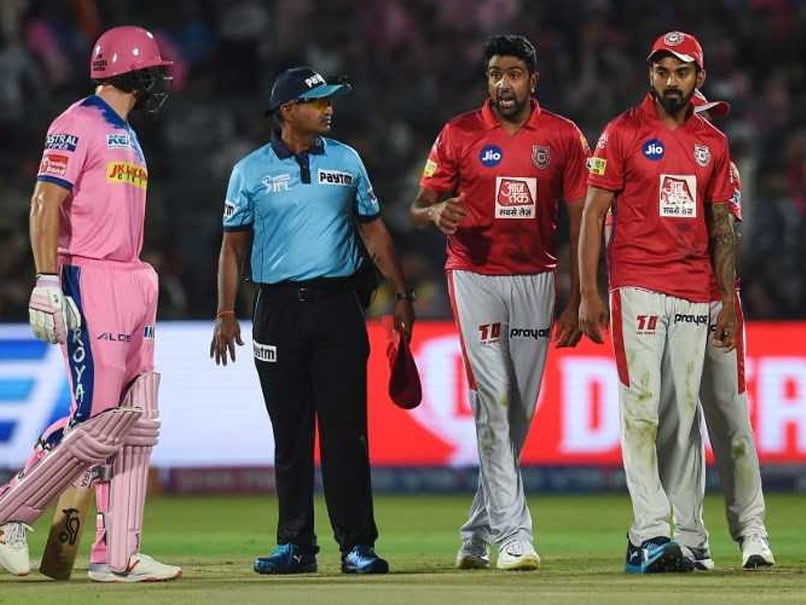 IPL: Ravichandran Ashwin has found himself in the eye of a storm after 'mankading' Jos Buttler.© AFP

Ravichandran Ashwin's decision to 'mankad' Jos Buttler during the RR vs KXIP IPL 2019 encounter has not only snowballed into a massive controversy but has also left the cricketing world divided. While Ashwin received widespread criticism for his actions, he also got support from various quarters -- one of them being commentator Harsha Bhogle. The likes of Shane Warne and Michael Vaughan, however, were very critical of Ashwin with the former Australia spinner going to the extent of accusing Harsha Bhogle of "bias" and sticking up "for your own".

Harsha you are missing the point completely & I'm disappointed in you as you always push the spirit of the game - now you condone this behaviour ? Ashwin's actions were simply disgraceful, and I hope the BCCI doesn't condone this sort of behaviour in the #IPL ! #spiritofthegame https://t.co/BsIKDBN51X

Harsha, if that had of been an international player you would have nailed him ! Please do not be bias & stick up for your own. Any player in the game that does that to anyone is an embarrassment to the game & as captain it's even more disgraceful ! #spiritofthegame ! https://t.co/4PqLL1MzBT

Shane Warne continued to rant and even asked if it would have been okay if Ben Stokes had done the same thing to Virat Kohli.

Sorry - one more thing to add. If Ben Stokes did what Ashwin did to @imVkohli it would be ok ? I'm just very disappointed in Ashwin as I thought he had integrity & class. Kings lost a lot of supporters tonight. Especially young boys and girls ! I do hope the BCCI does something

Jos Buttler had given Rajasthan Royals a flying start in their run-chase and looked unstoppable after scoring his seventh half-century in the Indian Premier League (IPL).

However, spinner Ravichandran Ashwin put an end to Buttler's stay at the crease with one of the most controversial dismissals ever seen in the history of the IPL.

The incident took place in the 13th over with Rajasthan Royals coasting to victory -- needing 77 off 43 balls with nine wickets in hand. Ashwin paused while delivering the ball and took the bails off at the non-striker's end as Buttler stepped out of the crease.

The on-field umpire immediately signalled for the decision to be taken by the third umpire, who decided to give Buttler out.

A visibly fuming Buttler and Ashwin exchanged a few words in the middle, before the Englishman walked off the field, shaking his head in disbelief.

Kings XI Punjab went on to restrict Rajasthan Royals to 170 for nine in the chase to register a 14-run win.

Jos Buttler Shane Warne Michael Vaughan IPL 2019 Rajasthan Royals vs Kings XI Punjab, Match 4 Cricket
Get the latest updates on IND vs NZ 2021, check out the Schedule and Live Score . Like us on Facebook or follow us on Twitter for more sports updates. You can also download the NDTV Cricket app for Android or iOS.