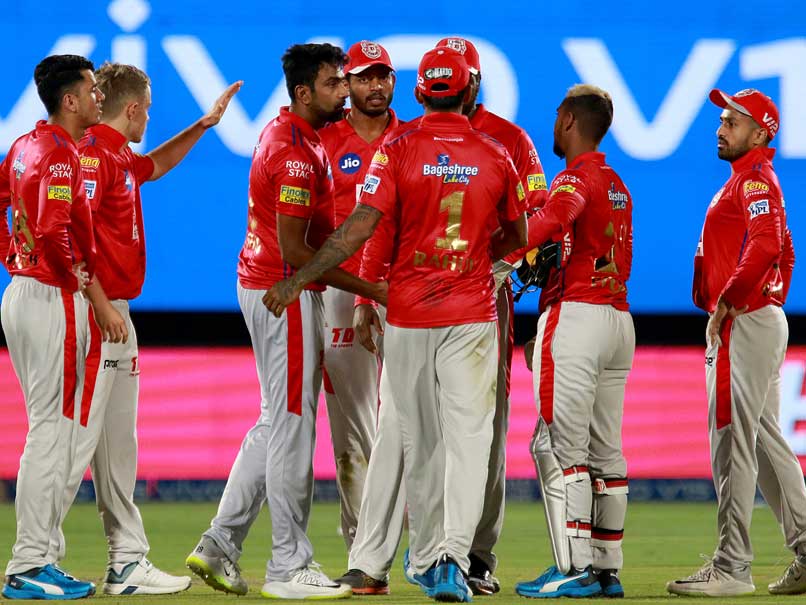 RR vs KXIP IPL Score: Kings XI Punjab were brought into the match by their bowlers.© BCCI/IPL

Kings XI Punjab (KXIP) defeated Rajasthan Royals (RR) by 14 runs at the Sawai Mansingh Stadium to open their campaign at the Indian Premier League (IPL) with a win. Chasing 185 runs for victory, the home team were off to a flier as opening batsmen Ajinkya Rahane and Jos Buttler added 78 runs for the first-wicket. Rahane was dismissed for 27 off 20 by Ravichandran Ashwin. Buttler was then joined by Sanju Samson (30) and the pair added 30 runs for the second-wicket. The home side was cruising towards the target when a well-settled Buttler was "Mankaded" by KXIP skipper Ashwin. This dismissal was the turning point of the match as Steve Smith, making a comeback into the IPL following his one-year ban, could manage only 20 runs (1 four, 1 six) and was dismissed by Sam Curran. Thereafter, it was all about the spectacular comeback made by KXIP as RR kept losing wickets on regular intervals to fall short of the target by 14 runs at the end. This was KXIP's first win in Jaipur. Earlier, put in to bat, KXIP made 184/4 in 20 overs courtesy a brilliant 79 off 47 by veteran Chris Gayle and Sarfaraz Khan's unbeaten 46 off 29 balls. (SCORECARD)

Steven Smith Rajasthan Royals vs Kings XI Punjab, Match 4 IPL 2019 Cricket Live Score Live Cricket Score Live Blogs
Get the latest updates on Fifa Worldcup 2022 and check out  Fifa World Cup Schedule, Stats and Live Cricket Score. Like us on Facebook or follow us on Twitter for more sports updates. You can also download the NDTV Cricket app for Android or iOS.