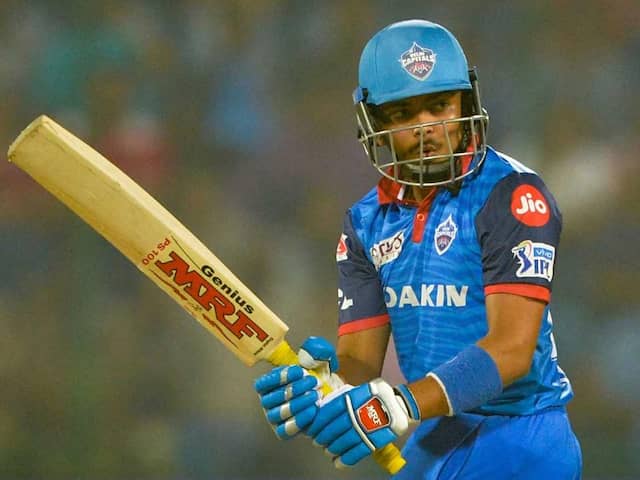 Frontline Delhi Capitals batsman Prithvi Shaw credits Sourav Ganguly and Ricky Ponting for the franchise's fine showing so far in the Indian Premier League (IPL) 2019. Since 2011, the Delhi franchise, when they were previously called ‘Delhi Daredevils', have had a torrid time in the IPL as they haven't finished higher than 6th,barring in 2012 when they qualified for the playoffs. However, they have done brilliantly this season, as they ascended to the top of the table after beating Rajasthan Royals on Monday, on the back of match-winning performances from Shikhar Dhawan, Shaw and Rishabh Pant.

"With seniors like Sourav sir, Ricky sir, Kaif sir around, the body language changes. There are few youngsters like me, Sandeep (Lamichhane), Manjot (Kalra) but we are never made to feel that we were inexperienced, instead we are always kept in the same group with the seniors, on and off the field,” said Shaw at the post-match press conference.

Ponting is the head coach of the franchise, Mohammad Kaif the assistant coach and Ganguly the team advisor.

"Sourav sir even chills with us when we don't have practice. We go for dinners together. So there is a very strong bonding," said Shaw.

Delhi Capitals registered a six-wicket win against Rajasthan Royals with four balls to spare and acquired pole position in the IPL.

Even as Dhawan slammed the bowlers all around the park, Shaw was more measured in his approach.

"I had not slowed down. It makes sense if someone is going better than you in the Power Play like Shikhi (Dhawan) bhai has done, I can't just go out and smash every ball. I have to be mentally prepared as well to play that sort of innings.

"And that's what happened, he and Shreyas Iyer, both were dismissed in quick succession. But I was confident that if I took the game deep, I would be able to do the job. Rishabh (Pant, who scored 78 off 36 balls), obviously is the biggest finisher of the game in T20 right now. I was just waiting for my chance and later on I too switched gears," he explained.

Delhi Capitals IPL 2019 Cricket
Get the latest Cricket news, check out the India cricket schedule, Cricket live score . Like us on Facebook or follow us on Twitter for more sports updates. You can also download the NDTV Cricket app for Android or iOS.