Stephen Fleming, however, is not sure whether MS Dhoni will continue playing after World Cup 2019. 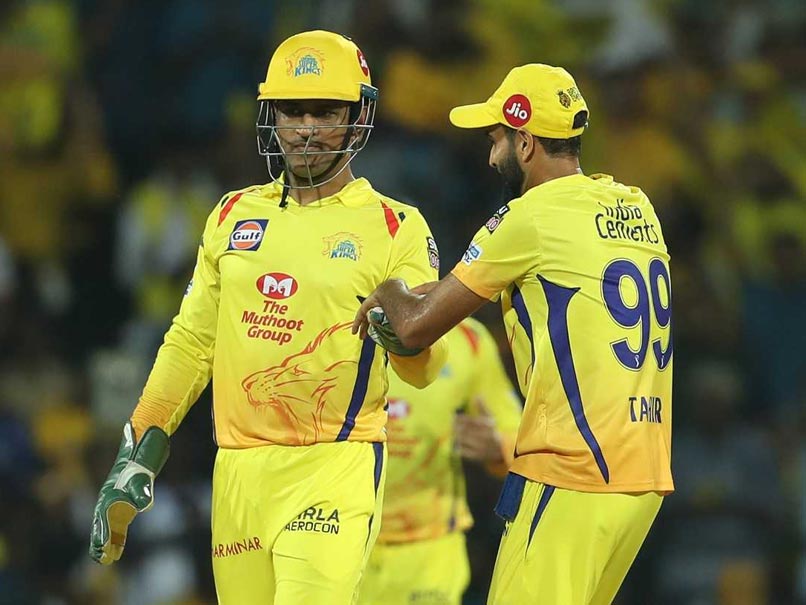 MS Dhoni continues to be one of the most crucial member of the CSK.© BCCI/IPL

MS Dhoni continues to be one of the most crucial members of the Indian cricket team and Chennai Super Kings (CSK) despite being in the twilight of his career. With the World Cup 2019 approaching, CSK coach and former New Zealand skipper Stephen Fleming believes the veteran MS Dhoni should get through the marquee tournament, although he is not sure if Dhoni will continue playing after that. Fleming also wants Dhoni to carry on playing for the Chennai outfit in the Indian Premier League (IPL) till the end of this cycle.

"I certainly was hoping he gets through to the World Cup and that he will. Haven't had discussions about what happens after that," Fleming said.

"I would want him to carry on for CSK till the end of this cycle. He is training well, playing well and enjoying himself. That is important," the coach said.

The CSK coach was in all praise for senior spinner Harbhajan Singh and said that the off-spinner will definitely be considered for the game against Delhi Capitals.

"He was fantastic in the first game. Experience is important. There are a lot of left-handers in the Delhi side. That was discussed in the RCB game as well. We will look to consider that. It is about the skill sets we have. It was a compliment to not having to stick to the overseas quota. We will consider it again tomorrow," he said.

While Ambati Rayudu is playing the IPL, he definitely has his sights on the no.4 spot in India's World Cup team. But Fleming said that the CSK opener should look to play freely.

"He doesn't have to be conservative with us. Loved him running down the wicket and hitting the fast bowler over the top (against RCB) and that is what we want to see," he said.

CSK defeated Royal Challengers Bangalore (RCB) in their opening match of IPL 2019. They will travel to the national capital to face Delhi Capitals on Tuesday.

MS Dhoni Stephen Fleming IPL 2019 Cricket
Get the latest updates on IND vs NZ 2021, check out the Schedule and Live Score . Like us on Facebook or follow us on Twitter for more sports updates. You can also download the NDTV Cricket app for Android or iOS.