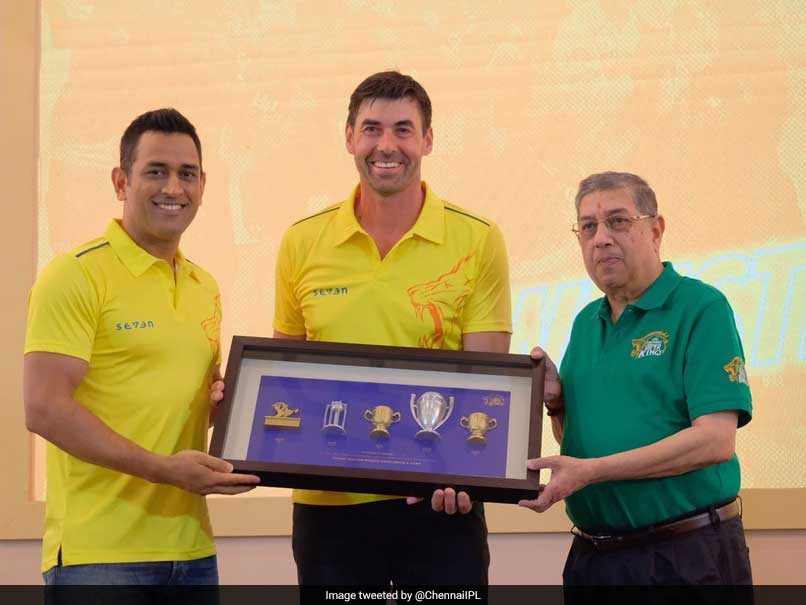 MS Dhoni, Suresh Raina and head coach Stephen Fleming were felicitated by Chennai Super Kings (CSK) for being the longest serving members of the franchise. Skipper Dhoni and premier batsman Raina have been a part of the CSK franchise from the inaugural season. While former New Zealand skipper Fleming served CSK as a player before he was appointed the coach of the franchise in 2009. The trio were also a part of the frachise's Indian Premier League (IPL) triumphs (2010, 2011, 2018) and Champions League Twenty20 (CLT20) wins (2010, 2014).

CSK clinched their third IPL title by outclassing SunRisers Hyderabad (SRH) in the IPL 2018 final at the Wankhede Stadium in Mumbai.

Fleming, however, ahead of the season said that retaining the IPL title again will be the real challenge for his side. He also said his side prefers experienced players because they identify big moments.

"Our challenge is to win the Cup again. It's difficult, takes a lot of things to work for you," Fleming said.

"We prefer experienced players because they identify big moments and last year they won them. That's our challenge again."

The Dhoni led side will open their IPL 2019 campaign against Royal Challengers Bangalore on Saturday.

Suresh Raina Stephen Fleming IPL 2019 Cricket
Get the latest updates on SA vs IND 2021-22, check out the Schedule and Live Score . Like us on Facebook or follow us on Twitter for more sports updates. You can also download the NDTV Cricket app for Android or iOS.