MS Dhoni makes sure whenever he makes a post on social media, his daughter Ziva is a part of it. 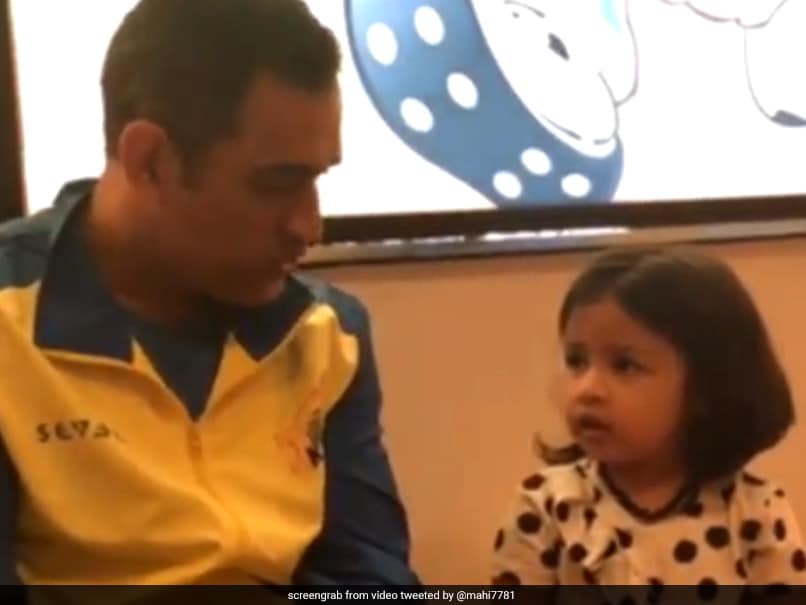 MS Dhoni highlighted the importance of his daughter Ziva.© Instagram

MS Dhoni is not a regular on social media, but the Chennai Super Kings (CSK) skipper makes sure his daughter is a part of his posts, whenever he has one. In a recent post on his social media accounts, MS Dhoni again highlighted the importance of his daughter Ziva in his life. In the video, MS Dhoni asks Ziva in multiple languages, "how are you?" Interestingly, Ziva answers the question in all the six languages -- Tamil, Bengali, Gujarati, Bhojpuri, Punjabi and Urdu, one after the another.

Dhoni-led Chennai Super Kings (CSK) got off to a thumping start in the Indian Premier League (IPL) 2019. CSK defeated Royal Challengers Bangalore (RCB) by seven wickets in the series opener at the MA Chidambaram Stadium in Chennai on March 23.

However, after the match, the IPL title holders CSK captain was not a happy man and said that the pitch in Chennai needed to be a "lot better" if his team wants to be consistently good at home.

Dhoni said he had been unsure about the wicket despite playing a practice match on it.

Speaking about the attacking prowess of the batsmen in his team, MS Dhoni said that the Chennai pitch doesn't suit the CSK players at all.

The former India skipper will be next seen in action on Tuesday when Delhi Capitals host CSK at the Feroz Shah Kotla in Delhi.