Mumbai Indians pulled off a one-run win off the last ball to beat Chennai Super Kings and lift the IPL 2019 title. 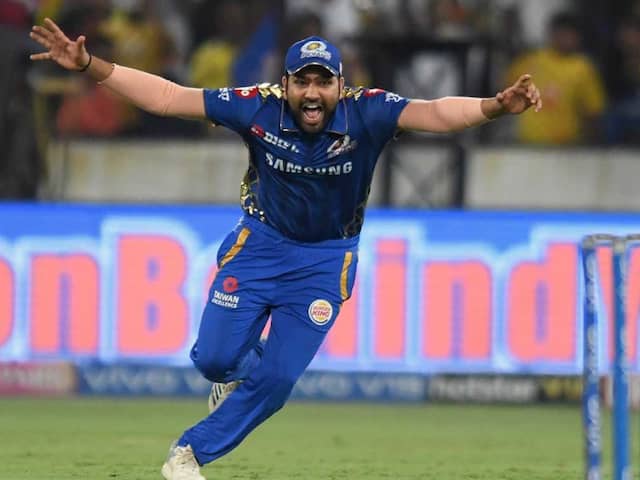 Rohit Sharma was a part of an IPL winning team for the fifth time.© AFP

Mumbai Indians (MI) skipper Rohit Sharma said in the press conference after the IPL 2019 final against Chennai Super Kings (CSK) that MI don't rely on individuals to make decisions but it is a collective effort from everyone in the team, which has led to their title triumph in IPL 2019. MI won the 2019 edition of the IPL at the Rajiv Gandhi International Stadium in Hyderabad on Sunday as they defended a total of 149 against MS Dhoni-led CSK.

Mumbai Indians won the toss and decided to bat. They registered a score of 149 for the loss of eight wickets, courtesy of Quinton de Kock's 29 off 17 balls at the start of the innings and Kieron Pollard's unbeaten 41 off 25 balls. For CSK, Deepak Chahar was the pick of the bowlers, with figures of 3/26 in 4 overs.

Faf du Plessis scored 26 off 13 balls at the top of the innings, and Shane Watson stayed right till the final over, scoring 80 when he was run out.

The final went down to the last over where CSK were chasing nine runs, with Lasith Malinga bowling to Watson and Ravindra Jadeja. Prior to the final over, Malinga had conceded 42 runs in the 3 overs he had bowled. However, he conceded 7 runs in the 20th over, taking the wicket of Shardul Thakur on the last ball of the match, when CSK required two runs to win.

Speaking about that final over, Rohit Sharma said, "The moment umpire raised his hand, I just ran. It was just a great moment. In the last few overs, we gather and decide collectively as to what we need to do as a team at that particular time. Few of the senior guys in the squad, we always get together between the overs and talk about what we should be doing in the next few overs.

Speaking about the final, Rohit said, "It was close. We knew at the first half, when we got those runs, we knew it was gonna be a tight game. So we were all prepared for it. It was just about holding nerves at crucial time of the game. Although we were slightly lacking on the field, dropped a few catches, but that can happen. I'm really happy that we went through the finishing line in the end."

With the 2019 IPL, it was the fourth time that Mumbai Indians won the IPL title. It was also the fifth time that Rohit Sharma was an IPL winner.

Rohit Sharma IPL 2019 Cricket Mumbai Indians vs Chennai Super Kings, Final
Get the latest Cricket news, check out the India cricket schedule, Cricket live score . Like us on Facebook or follow us on Twitter for more sports updates. You can also download the NDTV Cricket app for Android or iOS.