Andre Russell was dismissed early but it turned out to be a no-ball because of a fielding mistake. 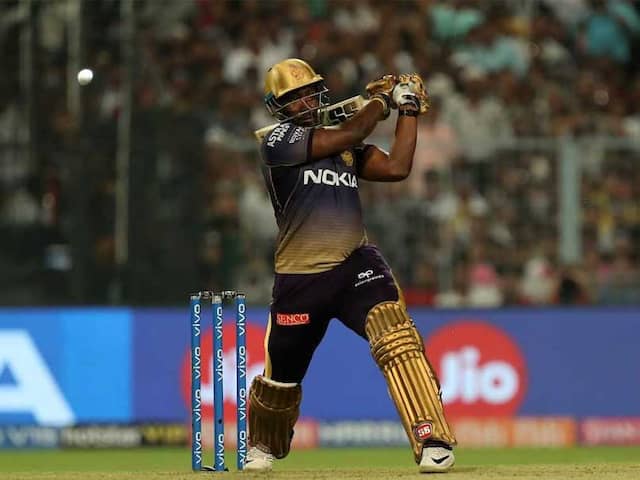 Kings XI Punjab (KXIP) head coach Mike Hesson repented on the game-changing moment in the 17th over of Kolkata Knight Riders' (KKR) innings that helped the hosts post 218/4 in 20 overs at the Eden Gardens on Wednesday. Swashbuckling all-rounder Andre Russell was dismissed off a no-ball by Mohammed Shami when he was batting on 3 off 5 balls. The umpire signalled the no-ball as there were only three fielders inside the 30-yard circle (instead of four). Following that, Russell went on to score an impactful 48 off just 17 balls (3 fours, 5 sixes).

"The game changed in the 17th over. Obviously, we had a plan for Russell that we executed well, but we weren't quite alert enough in the field, and that's where the game changed," Hesson said.

"We had that little bit of jubilation and then things turned pretty quickly (with the no ball) and we weren't quite able to turn the last few overs for 12 or 14 runs. Instead, we ended up giving away 22 or 24 runs, and it probably changed the game," Hesson added.

"It's a fine line when you're bowling to Andre Russell. He's a game-changer," Hesson said as Russell returned with a second man-of-the-match award in KKR's 28-run win. Russell was the star with a 19-ball unbeaten 49 in KKR's six-wicket win over SunRisers Hyderabad in their opening match.

Kings XI Punjab IPL 2019 Cricket
Get the latest Cricket news, check out the India cricket schedule, Cricket live score . Like us on Facebook or follow us on Twitter for more sports updates. You can also download the NDTV Cricket app for Android or iOS.