Harry Gurney, 32, retired from red-ball cricket in March this year, opting to be a T20 specialist. 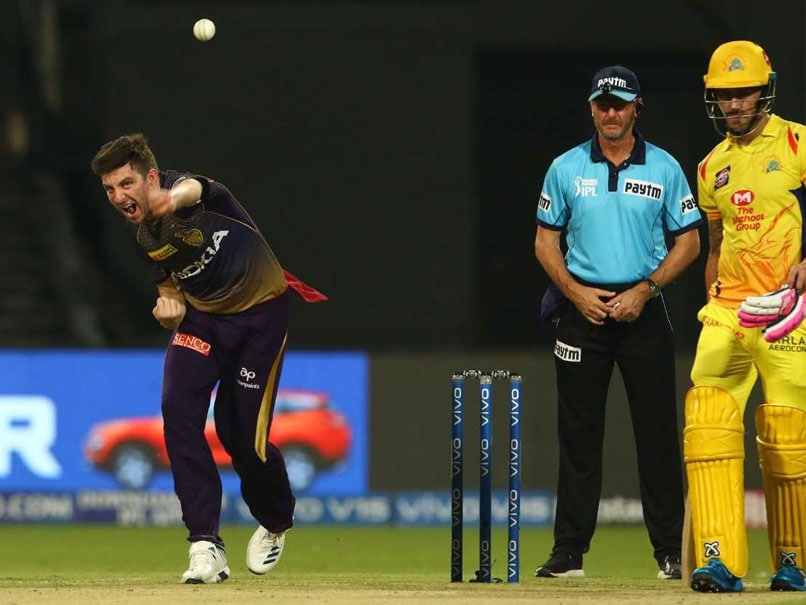 Harry Gurney, 32, retired from red-ball cricket in March this year, opting to be a T20 specialist© BCCI/IPL

Kolkata Knight Riders pacer Harry Gurney on Friday shut down online trolls criticizing his participation in the Indian Premier League (IPL). Replying to a Twitter post by Gurney on KKR's next match, some English fans raised the issue that he has 'turned his back' on Nottinghamshire, his county side, who are currently playing the ongoing domestic List A tournament in England. Replying to a user who referred to the IPL as “clown cricket,” Gurney said, “IPL is the sixth most watched league of all sports in the entire world.”

1. Your lack of punctuation means that this tweet could be interpreted in many different ways.
2. Calling t20 clown cricket is pretty ignorant, but...
3. Yes I am, thanks. https://t.co/Eo1orbxiLh

1. Your punctuality hasn't improved despite my feedback.
2. IPL is the sixth most watched league of all sports in the entire world. https://t.co/cb84IWfI8o

Gurney has played three of KKR's last four matches, having replaced Lockie Ferguson as the first-choice foreign pacer in the playing XI through the course of the season. In his IPL debut, against Rajasthan Royals on April 7, he finished with match figures of 2/25 in four overs.

Gurney, 32, retired from red-ball cricket in March this year, opting to be a T20 specialist. Over the last few years, he has been a priceless commodity in several T20 leagues around the world. Before his stint for KKR, he proved to be a match-winner in the Big Bash League, for Melbourne Renegades, and in the Pakistan Super League, for Quetta Gladiators.

Speaking about his decision to become a T20 specialist, he had said, “It's inevitable that T20 cricket is going to swallow up the rest.”

Gurney had taken 310 wickets in 103 first class matches before taking the call to retire from the longer version. He had also played 10 ODIs and two T20Is for England in 2014.

Kolkata Knight Riders Harry Gurney IPL 2019 Cricket
Get the latest updates on ICC T20 Worldcup 2022, check out the Schedule and Live Score. Like us on Facebook or follow us on Twitter for more sports updates. You can also download the NDTV Cricket app for Android or iOS.