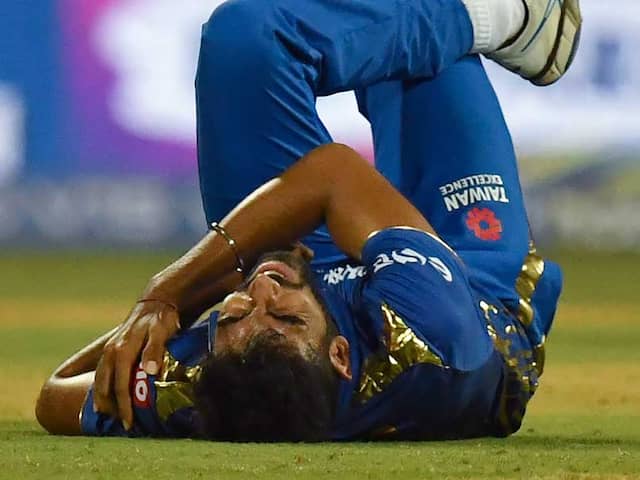 Mumbai Indians will next take on Royal Challengers Bangalore on Thursday.© AFP

The national team relies heavily on Bumrah, who has earned the reputation of being the world's best bowler in death overs. The Gujarat pacer did not come out to bat in Sunday's match, which added to the concerns about his injury. However, a BCCI official told PTI on the condition of anonymity that Bumrah's injury was not serious in nature.

"Bumrah had some shoulder scans done in the morning and BCCI was kept in the loop. His scan reports were okay. The tests that were done were all those recommended by the BCCI," the official said.

Mumbai Indians' next match is against Royal Challengers Bangalore on March 28.

Jasprit Bumrah IPL 2019 Cricket
Get the latest Cricket news, check out the India cricket schedule, Cricket live score . Like us on Facebook or follow us on Twitter for more sports updates. You can also download the NDTV Cricket app for Android or iOS.