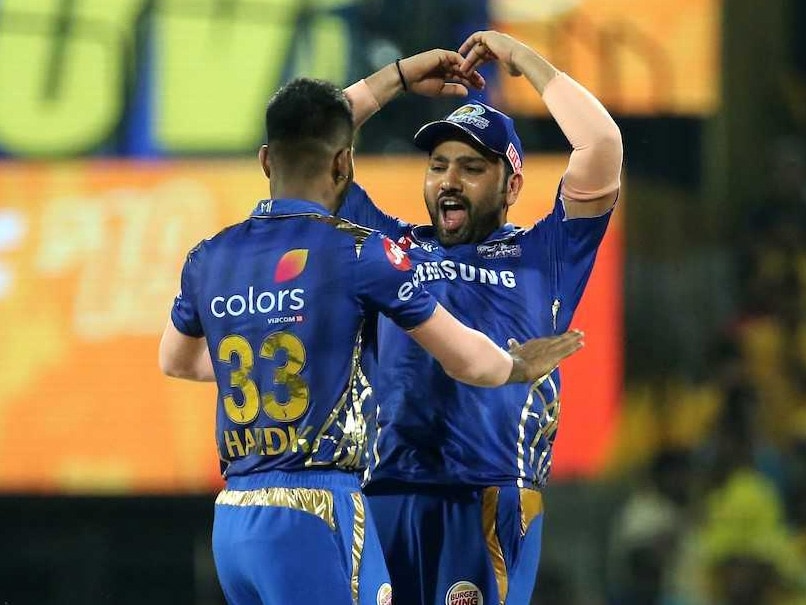 Hardik Pandya said it was time for Rohit Sharma to join the Avengers.© BCCI/IPL

Rohit Sharma has struggled to find his best form in IPL 2019 failing to even notch up a half-century in the nine previous matches he has played this season. But Rohit Sharma made a winning contribution when his team needed it most -- an away game to Chennai Super Kings (CSK). Rohit Sharma looked in fine touch on Friday night in the CSK vs MI IPL 2019 clash as he blasted 67 off 48 balls, including six fours and three maximums that helped Mumbai Indians post 155 for four -- a total that proved a bit too much for hosts CSK. Following Rohit Sharma's starring performance, Mumbai Indians all-rounder Hardik Pandya took to Twitter to hail his captain.

In his post, Hardik Pandya said it was time for "Hitman", Rohit Sharma's nickname, to join the Avengers ranks.

Time for the Hitman to join the Avengers Amazing win in Chennai pic.twitter.com/vxoE1lXdug

While Rohit Sharma got the job done for Mumbai Indians with the bat, the bowlers played their part for the visitors to bowl out CSK for just 109 runs in 17.4 overs.

MS Dhoni missed the CSK vs MI IPL 2019 clash at Chepauk due to a fever and that proved disastrous for the hosts. Dhoni's calmness and ability to pepper the boundary was sorely missed by CSK in the chase.

Mumbai Indians skipper credited his team for the win that took them to the second spot on IPL 2019 Points Table and added that Dhoni's absence was a major boost for the visitors.

"It's a massive boost to any opposition if he's (Dhoni) not around. His presence does a lot for their team. When you don't have him when you're chasing, it becomes slightly difficult. They must have felt his absence. He was sick, uncontrollable," said Rohit Sharma at the post-match presentation.

Rohit Sharma IPL 2019 Chennai Super Kings vs Mumbai Indians, Match 44 Cricket
Get the latest updates on ICC T20 Worldcup 2022 and CWG 2022 check out the Schedule, Live Score and Medals Tally. Like us on Facebook or follow us on Twitter for more sports updates. You can also download the NDTV Cricket app for Android or iOS.