Rohit Sharma won the man of the match award for his 67 off 48 deliveries. 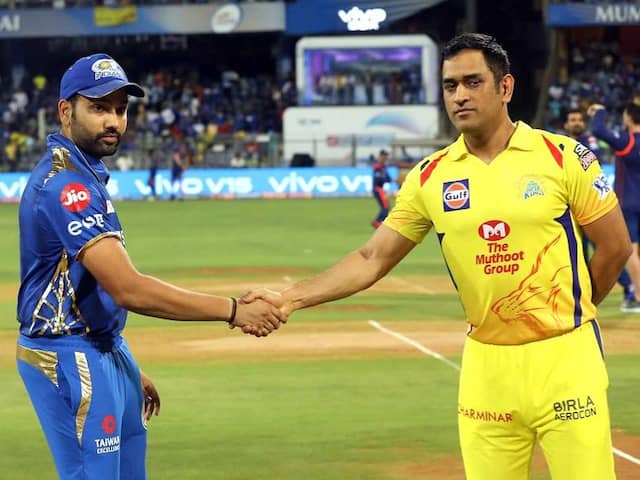 MS Dhoni, who is running a fever, missed Chennai Super Kings' Indian Premier League (IPL) clash against Mumbai Indians at Chepauk on Friday. It proved to be a massive blow for the hosts as they lost the match by 46 runs as Mumbai Indians outplayed Chennai Super Kings for the second time in IPL 2019. Mumbai Indians skipper credited his team for the win that took them to the second spot on IPL 2019 points table and added that Dhoni's absence was a major boost for the visitors. "It's a massive boost to any opposition if he's (Dhoni) not around. His presence does a lot for their team. When you don't have him when you're chasing, it becomes slightly difficult. They must have felt his absence. He was sick, uncontrollable," said Rohit Sharma at the post-match presentation.

Moreover, Rohit Sharma, who won the man of the match award for his 67 off 48 deliveries, said that it was a good toss to lose.

"It was better to lose the toss, we were going to chase as well. We knew whether we bat or bowl first, we still had to play good cricket. We can't control the toss. It was a great effort from the boys. Coming out here and playing here is never easy. We had to scrape every run and every wicket. We were right there in the game," Rohit added.

On the other hand, CSK's stand-in skipper Suresh Raina said that the batting unit needs to take more responsibility as 156 is not a huge target.

"We didn't bat really well and kept losing wickets every 2-3 overs, that cost us the game. We need to take responsibility as a batting unit. Our bowling has been amazing throughout the tournament. 155 was still chaseable. We lost a lot of wickets; in the powerplay and the middle overs. Mumbai played really well," Raina said.

After being put in to bat, Mumbai Indians scored 155/4 in their stipulated 20 overs.

In reply, Chennai Super Kings could manage just 109 runs in 17.4 overs, losing the match by 46 runs.

Rohit Sharma IPL 2019 Cricket Chennai Super Kings vs Mumbai Indians, Match 44
Get the latest Cricket news, check out the India cricket schedule, Cricket live score . Like us on Facebook or follow us on Twitter for more sports updates. You can also download the NDTV Cricket app for Android or iOS.