"Added New Dimension To His Game": Twitter Has Fun At Ambati Rayudu's Expense

Ambati Rayudu added another "dimension" to his game, according to fans, after he took the wicket-keeping gloves in absence of MS Dhoni 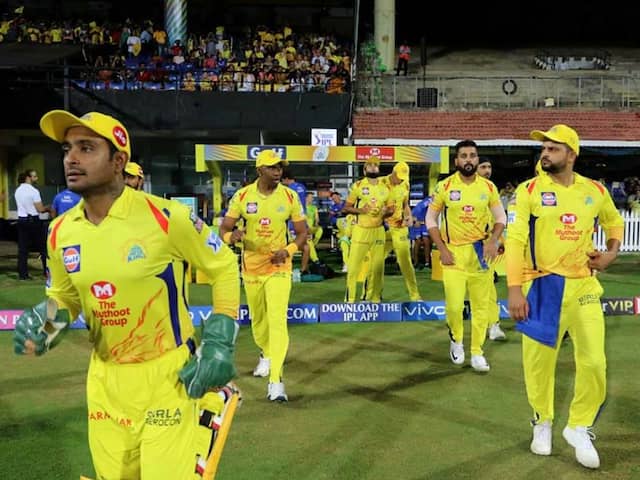 Ambati Rayudu took the wicket-keeping gloves in the CSK vs MI match.© BCCI/IPL

Ambati Rayudu lost his World Cup 2019 place to "three-dimensional" Vijay Shankar, according to MSK Prasad. The comment made by the chairman of selection committee, describing Vijay Shankar's playing qualities, provoked a lot of discussions on social media. Ambati Rayudu, had earlier took a jibe on MSK Prasad through his tweet. But he found himself on the receiving end on Friday, when Chennai Super Kings (CSK) hosted Mumbai Indians (MI) in the Indian Premier League (IPL) 2019, and he took over the wicket-keeping gloves as MS Dhoni missed the match due to fever.

Former India cricketer and current commentator, Aakash Chopra tweeted, "Rayudu has donned the gloves in the absence of Dhoni....added another Dimension to his game".

A lot of fans tweeted, Rayudu has added another dimension to his game while some took a jibe at the chairman of selectors.

Rayudu has donned the gloves in the absence of Dhoni....added another Dimension to his game. #CSKvMI #IPL

Ambati rayudu is showing his 3D effect as well Batting, Fielding, now keeping ICC has banned his bowling unless he have 4D effect Take that MSK #CSKvMI

Rayudu had earlier came up with a cryptic tweet and revealed a special plan to watch the World Cup.

In the tweet, Rayudu said, "Just Ordered a new set of 3d glasses to watch the world cup".

Ambati Rayudu Cricket
Get the latest Cricket news, check out the India cricket schedule, Cricket live score . Like us on Facebook or follow us on Twitter for more sports updates. You can also download the NDTV Cricket app for Android or iOS.