Ambati Rayudu's form in the Indian Premier League (IPL) 2019 has been shaky. 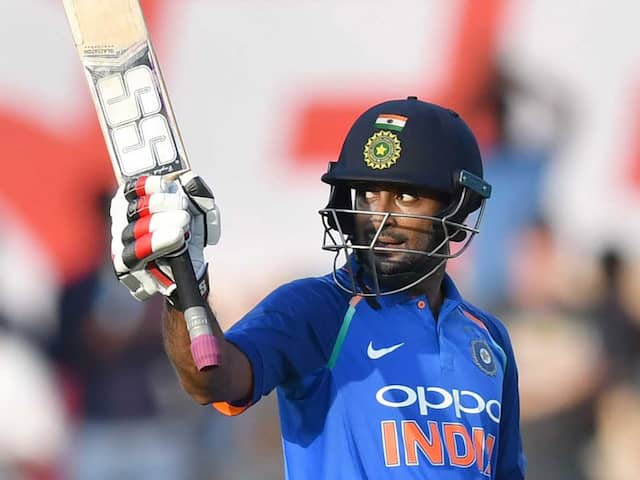 Ambati Rayudu was one of the top contenders for India's No.4 slot.© AFP

Ambati Rayudu was one of the top contenders for India's No.4 slot in the World Cup 2019 but a drop in form forced the Indian selectors to exclude him from the national team squad for the quadrennial showpiece, which was announced on Monday. The decision left the cricket fraternity split with many suggesting it was a wrong decision to leave Rayudu out for the World Cup. However following the snub, Ambati Rayudu came up with a cryptic tweet and revealed a special plan to watch the World Cup.

In the tweet, Rayudu said, "Just Ordered a new set of 3d glasses to watch the world cup".

Just Ordered a new set of 3d glasses to watch the world cup ..

Rayudu's tweet comes after Vijay Shankar, with his "three-dimensional qualities", took the slot which was speculated to go to him before his dip in form in the home series against Australia last month.

The much-awaited clash between India and Pakistan will take place on June 16.