MS Dhoni's Chennai Super Kings (CSK) are only one win away from booking IPL 2019 play-off berth. 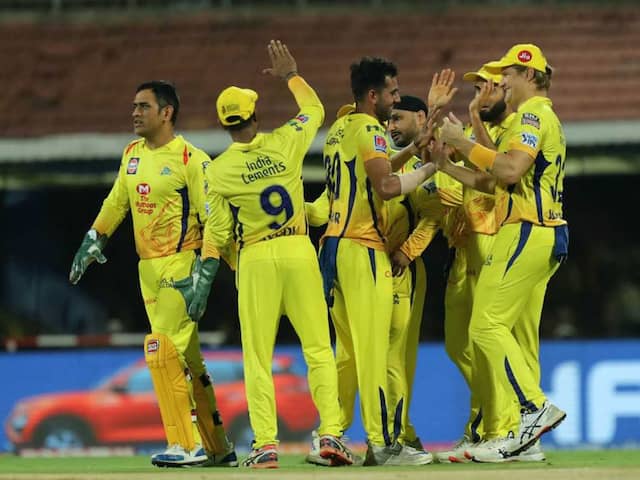 MS Dhoni-led Chennai Super Kings (CSK) have made an almost inch-perfect start to their Indian Premier League (IPL) 2019 campaign and will further look to book a play-off berth with a win over SunRisers Hyderabad at the Rajiv Gandhi International Stadium in Hyderabad on Wednesday. Thrice IPL winning skipper Dhoni led his troops to seven wins from eight matches and a victory over the Hyderabad outfit can make them the first franchise to book an IPL 2019 play-off spot.

Ambati Rayudu, who faced a World Cup snub, is the only downer for CSK. The Hyderabad right-hander had found some form with a half-century against Rajasthan Royals and the flamboyant batsman may just channelise the disappointment against a faltering SunRisers Hyderabad.

While CSK sit pretty on top of the table with 14 points from eight games, SRH have suddenly gone off the boil with a hat-trick of defeats, including an inexplicable batting collapse against Delhi Capitals in their last game.

What has been CSK's strength despite an ageing team has exactly been SRH's bane in the matches that they have played so far.

While CSK had plans for various situations, SunRisers Hyderabad have failed miserably whenever their opening pair of Jonny Bairstow and David Warner have failed to perform.

Chennai Super Kings IPL 2019 Sunrisers Hyderabad vs Chennai Super Kings, Match 33 Cricket
Get the latest Cricket news, check out the India cricket schedule, Cricket live score . Like us on Facebook or follow us on Twitter for more sports updates. You can also download the NDTV Cricket app for Android or iOS.